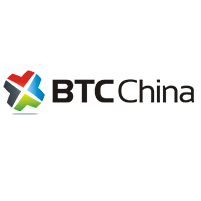 BTC China, the largest Bitcoin exchange in the world, announced today that it has successfully raised a first round of VC funding to the sum of $5 million from LightSpeed China Partners and LightSpeed Venture Partners.

Meanwhile, the exchange rate for Bitcoin continues to set new all-time record highs, and is currently trading at over $600, or we should actually say the rate is over RMB3,000.

As Forex Magnates recently reported, BTC China is now the largest Bitcoin exchange in the world, after surpassing MtGox’s market volume, and is based on offering its clients trades solely in Chinese Yuan to Bitcoin exchanges demonstrating the strong effect Chinese investors have on the price of the digital currency.

According to the Chinese portal TechNode, Ron Cao, chairman of LightSpeed China Partners, said that they invested in the company because they are bullish on the potential of the Bitcoin market and the excellent team of BTC China. The investment will be used to improve platform security as well as related products and services, according to Bobby Lee, founder of the company, who was also quoted by TechNode.

In addition to VC funds, scammers have also noticed the demand for Bitcoin in China’s growing trend it seems, and as Forex Magnates reported, a fake Bitcoin exchange targeting mainland Chinese investors from Hong Kong, recently shut down and allegedly took $4.1 million of client funds with it.

it will be interested to see what would happen if govt intervention were to take place….although maybe the exchanges are taking place in the free trade zone?