Bitcoin (BTC/USD) approached new 2014 lows during the past 48h, bringing total losses to 20% since breaching the $460 support level.

Depending on the exchange, BTC technically set new 2014 lows, save for the flash crashes experienced in August and April.

BTC now trades at a 30% discount to the 200-day moving average, now worth $533. This is the greatest offset since flat trade in the low 400’s immediately prior to the May rally, when the gap was as high as 35%. A move into the $360’s may sever BTC’s orbit to this mark and set off another wave of selling. 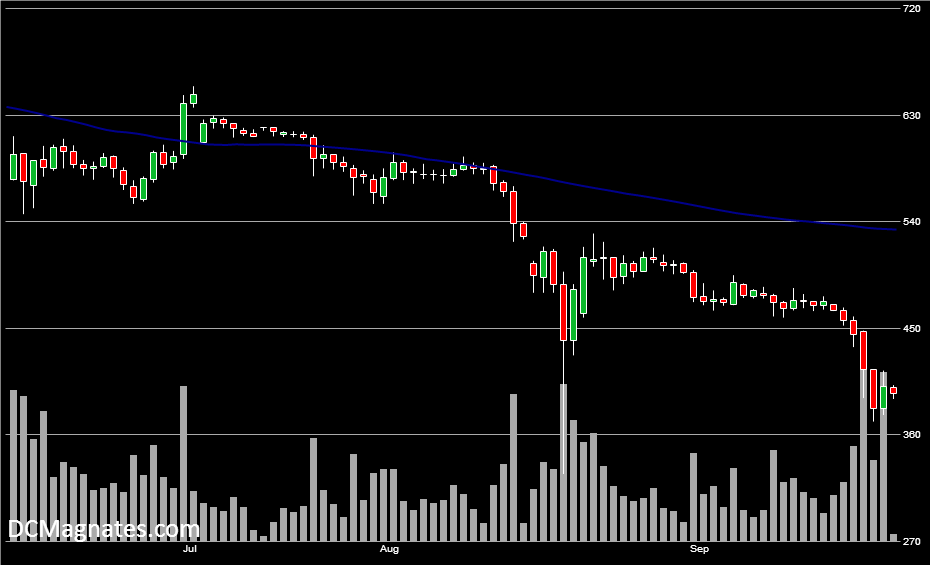 The $410-450 range was previously a stronghold of support and the last line of defense after the November 2013 multifold rally. Now broken, it is unknown where the next point of support will form.

The spread between BTC-e and Bitstamp has widened to $17 (4.25 %), well above typical levels but in line with a growing trend during declines.