Analysis provided by Ashton Fraser, learn more about his trading strategies at the Forex Lasers forum.

After more than a week of price hovering around a key resistance zone, Bitcoin finally surrenders, with the 50% zone on the Weekly timeframe proving simply too strong a barrier.

During midweek, I posted the following BTC/USD Daily chart: 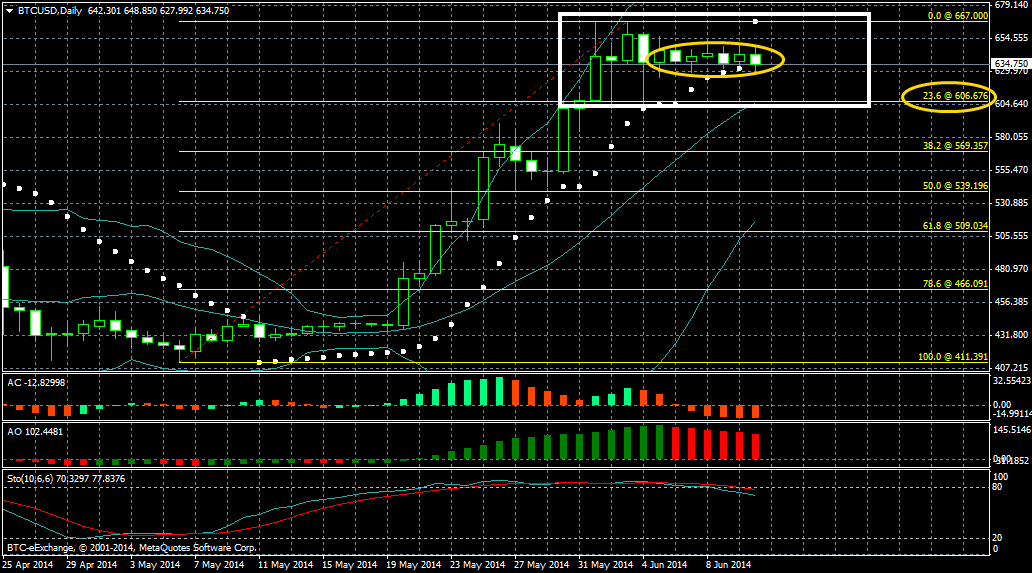 I’d performed the Fibonacci study from the low at 410 on the 6th of May, until the current high, before mentioning, “Despite this ranging price action over the past few days (marked in yellow), there is still potential for a testing of the 23.6% Fibonacci retracement level at 600, primarily due so many of the indicators giving us bearish signs, such as the overbought Stochastics, which are creeping south, the Accelerator and Awesome Oscillators as red, and as of today, we can throw in the Parabolic SAR into the mix as well, as this morning the dot appeared above the daily candle.”

This drop to 600 duly occurred, as we can see below on the current D1 chart: 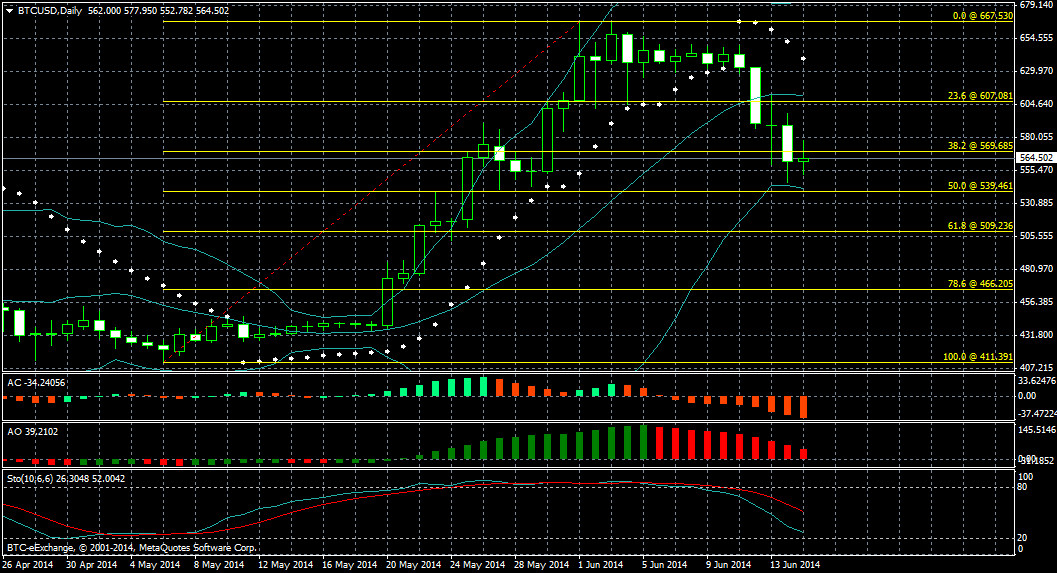 What I didn’t expect however, was for price to break through 23.6% with such ease, for a number of reasons, since actual candlestick action was still rather meandering, along with the fact 23.6% had already been tested twice before on the 2nd and 4th, thus strengthening the support, not to mention that 600 in itself is a natural psychological point. However there is a valid reason as to why Bitcoin’s price has decreased further; but for that we’ll need to zoom out to the Weekly timeframe, see chart below: 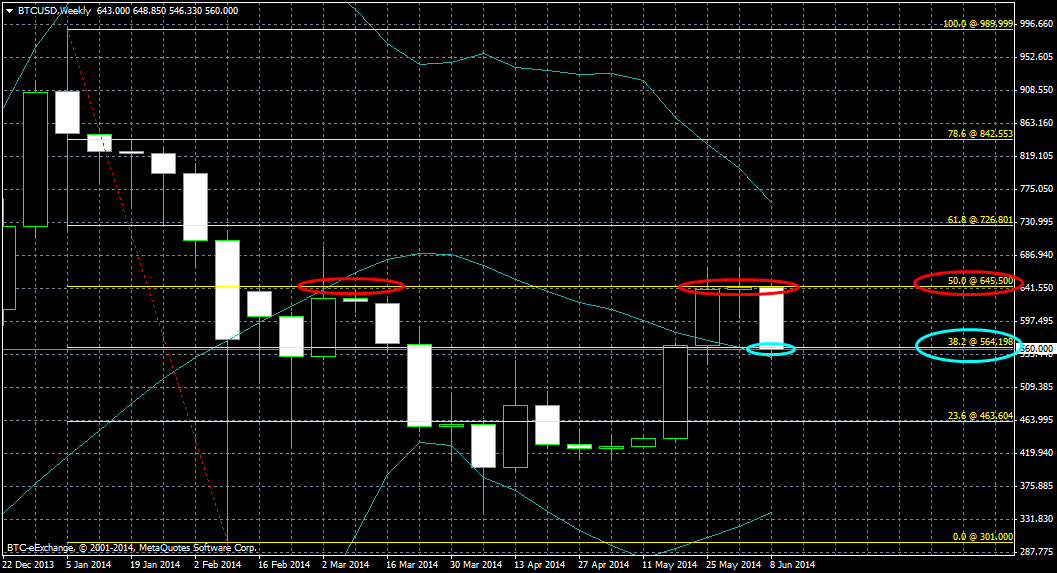 I stated at the very top that it was the 50% resistance (marked in red), which has been preventing price from continuing its bullish momentum we witnessed in May. This has resulted in a fall to the 38.2% Fib level at 565, marked in blue. So here we have the reason – the 38.2% Fib on the Weekly hold more water than the 23.6% Fib on the Daily, enough speculators have continued to hold on their shorts until this Weekly Fib, at the very least. This is especially true as 38.2% on the Weekly isn’t too far below 23.6% on the Daily, so the progression to this level was natural.