Although market caps may not be as high as they were in late 2017, cryptocurrency is slowly reaching towards higher levels of adoption and usage than ever before.

One of the most recent examples of this was presented last week when blockchain analytics firm Chainalysis has found that the amount of money processed by crypto merchant payment provider services increased 65 percent between January and July of this year.

Kim Grauer, senior economist at Chainalysis, told Bloomberg that this figure suggests that “there’s more overall trust in crypto.” Indeed, the average amount of crypto used in commerce each day rose from $3 million in January to $5.5 million in July–a nearly 100% increase, though the total amount remains so small in the greater scheme of the commercial world.

What could have caused this increase? And what’s holding crypto back from further adoption in e-commerce? 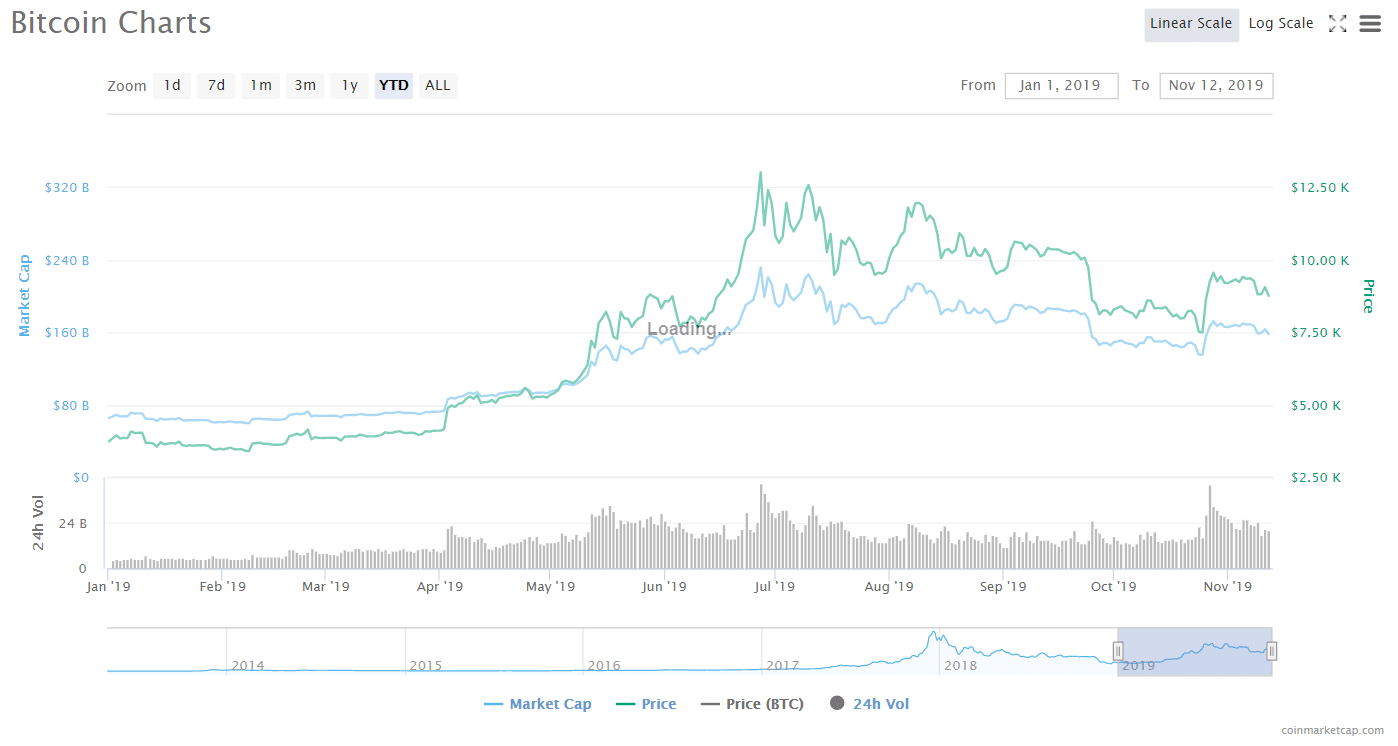 According to Bloomberg, however, “typically, steep run-ups in [Bitcoin’s] price push people to spend less, and instead to hold or speculate.”

However, Jon, the co-founder, and chief operating officer of cryptocurrency exchange Shapeshift (who prefers not to use his last name), told Finance Magnates in an email that the opposite is actually true.

“While counterintuitive, when crypto prices go up people who hold crypto are more likely to spend it,” he explained. “They feel more comfortable and become more liberal with their spending decisions.”

“When crypto prices are low, people don’t want to spend”

Correspondingly, “when crypto prices are low, people don’t want to spend as they believe prices will come back. So the obvious correlation here is that when the price rose, people became much more liberal with their spending.”

Jon also said that he has observed a similar pattern emerge on ShapeShift: “we see this in trading volumes too – in crypto, the trading volume tends to be way higher when the price is rising versus when it’s going down. All of that leads to more activity in general.”

“I the increase in spending has more to do with the prices of crypto being up, whereas when crypto prices were in the toilet, nobody wanted to spend,” he told Finance Magnates.

“When prices got a little higher…people were willing to spend again. People didn’t want to spend crypto when they were getting pennies on the dollar of buying power compared to what they had back at the tail end of 2017 or early 2018.”

Has increased adoption of crypto across the board played a role in its increased usage in e-commerce?

To that end,” Frigo said that he “[doesn’t] think this has anything to do with increased adoption.”
.
However, while increased adoption may indeed not have had a significant effect on an increase in the use of crypto in e-commerce, Shapeshift’s Jon said that technology may still have played a role–and that an increase in the quality of the technology in the cryptosphere could have brought more users to the space.

“Another factor here is that the technology has gotten better and better,” he said to Finance Magnates. “There is more diversity in the merchant processors’ ability to take crypto payments and that impacts the frequency in which people are using crypto.”

“More services accept crypto payments” now than ever before

And indeed, better technology could have led to an increase in users: “more services accept crypto payments. More people are using crypto now than there were a number of years ago.”

“Inevitably, you see the reflection of that in the crypto user base when the markets rise. This is especially true between April & July of this year; that was the biggest rise we’ve seen in the crypto market in number of years and the usage becomes more prevalent – it’s hard to say exactly how many, but there are more users.”

Indeed, market data provider Statista found that the number of blockchain wallet users had increased over 40 million during the first half of 2019, an increase of over 10 million since the previous year.

”Currently, there’s little to no reason to spend crypto as opposed to use a credit card.”

However, Frigo pointed out that there are still some serious obstacles to mass adoption of the use of crypto in e-commerce.

“While yes, there are more options out there for implementing crypto payments into your Shopify store or other eCommerce stores…Currently, there’s little to no reason to spend crypto as opposed to use a credit card unless you’re doing it for no other reason than to help try to help adoption, or for the novelty of doing so,” he told Finance Magnates.

“In order for a new technology or new way of things to take off it has to be ten times better than the alternative,” he said, pointing to payment cards issued by banks like Chase and Bank of America as counterexamples. Indeed, many of these cards offer a wide array of benefits that crypto payment providers simply cannot: cashback, travel bonuses, warranties, and other purchase protections.

“What does crypto offer on top of that?” he asked. “The one perk crypto might have is privacy, which I might care about if I was buying marijuana on the dark web or paying an escort, but buying my coffee or a Playstation game–I don’t really care about privacy.”

Other inhibiting factors: “if people don’t hold crypto, they won’t spend it”

Charles Phan, CTO of cryptocurrency exchange Interdax, also pointed to the volatility in cryptocurrency markets as a possible inhibiting factor when it comes to crypto adoption in e-commerce.

Phan also pointed to a general lack of awareness around crypto as an inhibiting factor: “there is a learning curve associated with cryptocurrency,” he told Finance Magnates.

If e-commerce merchants want to accept crypto directly (rather than using a payment processor that converts funds into fiat), they “ will have to know the basics of cryptocurrency, how to secure a private key, how to run a node and so on. This might be too intensive for some people, but there are merchants out there that are accepting crypto in this way.”

“The biggest thing (especially in the Western world) is a lack of regulatory clarity.”

Beyond that, Phan also pointed out that there is a serious lack of “ways for people to earn cryptocurrency.”

“If people don’t hold crypto, they won’t spend it,” he said, adding that a number of e-commerce merchants who have dropped their crypto payment options “cited the low usage of the payment method before removing [them].”

ShapeShift’s Jon also pointed to legal ambiguity around the cryptosphere. “The biggest thing (especially in the Western world) is a lack of regulatory clarity,” he told Finance Magnates. “This is the biggest impediment. There’s also unseen loss that comes from this – you don’t see the companies that don’t get created or features that don’t get developed due to regulatory uncertainty.”

However, in the longer term, Jon said that “from a technology standpoint, there’s no reason crypto technology can’t become the standard of e-commerce. It may or may not be bitcoin – but there’s no reason that in the giant, Internet-connected world and economy that we live in, there shouldn’t be some sort of native digital asset that we interact with and use to run our e-commerce.”

Indeed, he said that “there’s no reason the majority of payments should not be digital – which would make things faster, cheaper, more transparent, and more secure – it would make e-commerce better.” In his opinion, “crypto is safer, more secure and more efficient. All of e-commerce is held back by not adopting this technology more quickly.”

Frigo echoed Jon’s sentiments: “I don’t doubt that crypto has a bright future,” he said. However, “right now crypto isn’t user-friendly enough nor can it match the benefits of a credit card or debit card or even something like Paypal or Venmo.”

Interesting article Francesca, This quote stood out to me the most: “When crypto prices are low, people don’t want to spend” This is exactly what we’ve experienced at Request while building software tools for crypto-invoicing and e-commerce online stores, which is why we’ve switched to a focus on stablecoins like Dai, USDC, USDT and others. Would be interested to hear what your thoughts are using these stablecoins (and soon CBDCs) and how they have benefits over “normal” fiat currencies such as USD, EUR and GDP. There are still lots of benefits (i.e. lower international transfer fees, no third parties that… Read more »