The cryptocurrency industry has changed quite a lot over the last two years. A space that was once completely rife with so-called ‘shitcoins’ and lacking in critical thinking has transformed into a much more skeptical marketplace with a smaller number of higher-quality projects. Or, so we’d like to think.

CCN reported yesterday that Stealth (XST) suddenly spiked 3700 percent. For a brief moment, Stealth’s market cap surged to over $150 million; its price went from $0.11 to over $4.00 in a matter of several hours.

Market Manipulation is Alive and Well in the Crypto Space

“If you know even a little about how markets work, it’s not hard to understand what happened here,” reads the report by CCN. “Someone came in and decided to buy a great deal of XST – at its then low-price – and orders disappeared until the ladder was climbed to $4.50. XST holders and trading bots took note of this and dumped, dumped, dumped until the coin lost all its gains.” 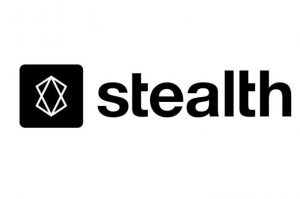 Because Stealth coin is only listed in three pairs spread across two exchanges–Bittrex, which is fairly reputable, and Bitinka, which no one has ever heard of–it’s likely that the scheme took place on the latter platform. Most high-profile exchanges have measures in place to identify and halt pump-and-dumps before they get out of control.

While this kind of thing may have become less common in the cryptosphere, the pumping and dumping of Stealth is a reminder that the cryptocurrency industry is not free from fraudulent activity yet.

And while one relatively small incident like this may not say so much about the cryptocurrency industry at large, evidence of more wide-spread market manipulation is further out in the open than ever before. Several weeks ago, Bitwise Asset Management published a report saying that 95 percent of cryptocurrency trading volume is fake.