Singapore-based cryptocurrency exchange Huobi has officially rebranded its “Prime Lite” token launch platform to “FastTrack,” less than a month after the platform’s public debut on May 9. According to the announcement, the rebranding is coupled with a “revamped and upgraded” business model.

Huobi says that under the new business model “the rules are more favorable to users.” And to a certain extent, they are – however, the new rules also place massive incentives on the use of Huobi Tokens (HT), the Huobi ecosystem’s native coin.

“The decision to convert to FastTrack really grew out of a desire to be responsive to customers’ needs,” said Ross Zhang, Head of Marketing for Huobi Global.

“While many of our users liked Prime Lite, others felt it resulted in too few coins being distributed to too many users, with the result most only got a small proportion of the coins they desired,” he explained, adding that users were also “confused by the differences” between Huobi Prime and Prime Lite.

How exactly has the business model changed? Five projects will be offered to users for potential listing each month. Users will then be able to user their Huobi Tokens (HT) to vote for projects they want to see listed on FastTrack “on a weekly basis.” Once a project is chosen, users who voted for it will then get a 50 percent discount on its associated coins using the HT they voted with.

And here’s perhaps the incentive that will keep the most HT locked into the system: “users will need to hold at least 1,000 HT daily over the week proceeding a Huobi FastTrack launch in order to qualify for voting.” At press time, 1,000 HT was worth approximately $3,362. 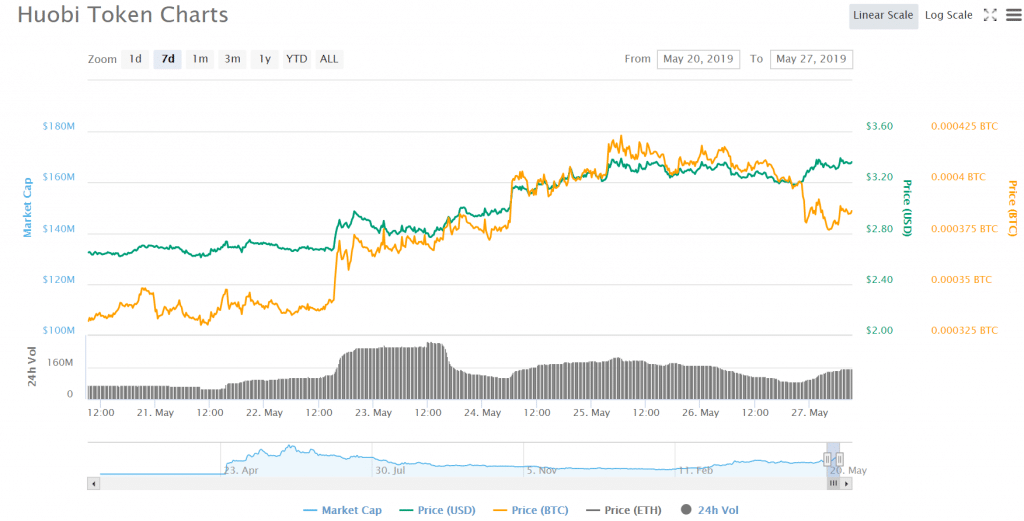