The crypto mining industry’s increased demand for computing power has caused a “boom of computing,” wrote Google co-founder Sergey Brin in a letter to investors.

Indeed, Brin theorized that the crypto mining industry is one of the main drivers that has gone so far as to speed up Google’s own processors 200,000x over the last twenty years. According to the letter, computing power has increased due to “greater demand, stemming from advanced graphics in gaming and, surprisingly, from the GPU-friendly proof-of-work algorithms found in some of today’s leading cryptocurrencies, such as Ethereum.”

Over the past year, graphics processing units (also known as GPUs) have literally been flying off of shelves because of their usage in the crypto mining industry. GPU manufacturers Nvidia and AMD saw massive increases in their company’s stock prices over the course of the crypto boom, although Nvidia has fared better in the wake of the falling crypto markets. 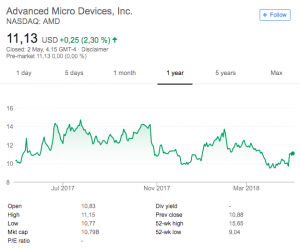 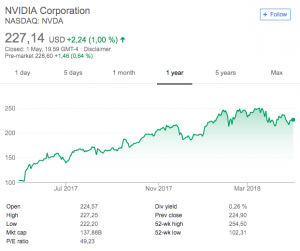 Brin cited two other driving factors: first, “the steady hum of Moore’s Law,” which essentially states that computing power per square inch of a chip doubles every other year, and second, “the profound revolution in machine learning that has been building over the past decade.”

According to a CoinDesk report, Google has itself been exploring possible uses for blockchain technology. In March, the internet giant filed a patent for a “tamper-evident” log that is capable of storing signatures and tracking changes in data.

However, a Google spokesperson told Bloomberg that it was “way too early for us to speculate about any possible uses or plans.”

Despite this exploration of blockchain, Google itself hasn’t exactly been crypto-friendly; the company quietly made the decision to ban advertisements for crypto-related products and services earlier this year.