Gibraltar: as of the first day of 2018, the Digital Ledger Technology Regulatory Framework has been in effect. This means that providers of cryptocurrency are now officially regulated in the British overseas territory.

The Gibraltar Financial Services Commission, the financial regulator of the peninsula, committed to regulating ICOs back in October 2017. With the initiation of the new system on the first of January, it is now on the way to doing so.

Nicky Gomez, head of risk and innovation at the GFSC, said: “We are really excited to finally welcome applications from DLT Providers. The team expect to be very busy in the coming months, and are looking forward to working on some interesting and innovative ideas with applicants.”

What about initial coin offerings?

ICOs were big news throughout 2017. The blockchain-based funding drives were almost completely unknown at the beginning of the year, but by the end of it they had raised almost 6 billion USD for almost 900 different projects, according to ICODATA.io. This success came despite the fact that financial regulators the world over spent all year issuing warnings to people in their jurisdictions to refrain from investing in them, largely because they still can’t decide exactly how to regulate them.

They have been banned in China and South Korea, and several other countries are considering doing the same.

Even Vitalik Buterin, founder of Ethereum (the platform upon which the majority of ICOs are launched and which itself came into existence via an ICO in 2015 that raised 18 million USD), said that he considered the popularity of the projects to be an unsustainable bubble.

This backdrop is what makes the approach of the GFSC stand out with this step towards acceptance of the industry. The document lays out nine principles for prospective licensees, presented below for your perusal: 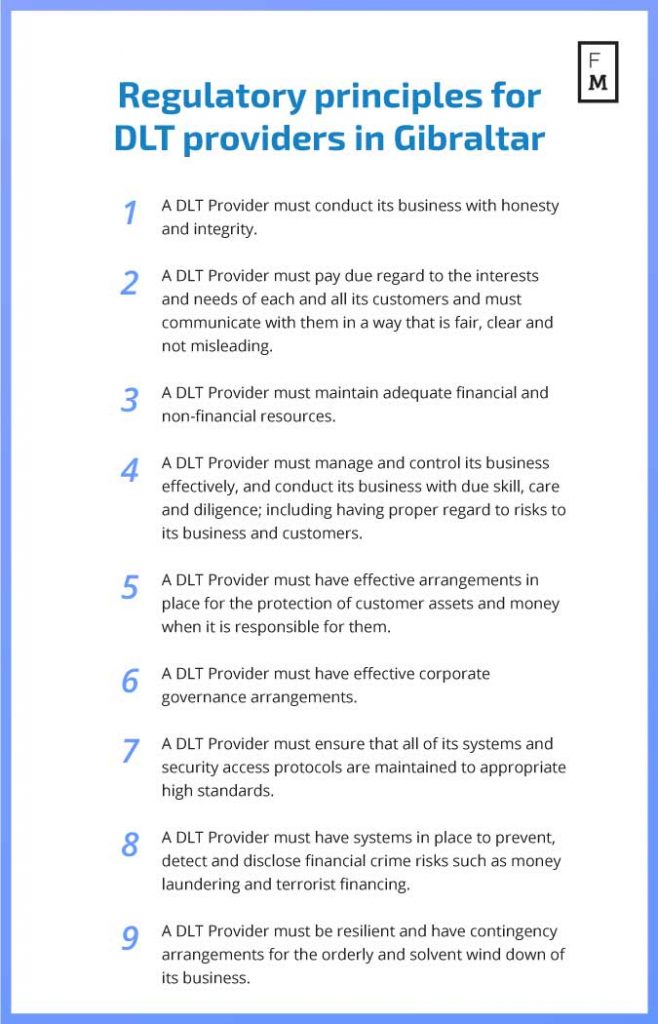