The UK’s Financial Conduct Authority (FCA) has just warned investors against the speculative risks inherent with initial coin offerings (ICOs). The announcement comes less than a week after the regulator promised to maintain close scrutiny on ICOs, amidst industry growth in token-based fundraising activities.

The FCA said: “Businesses involved in an ICO should carefully consider if their activities could mean they are arranging, dealing or advising on regulated financial investments.

Each promoter needs to consider whether their activities amount to regulated activities under the relevant law. In addition, digital currency exchanges that facilitate the exchange of certain tokens should consider if they need to be authorised by the FCA to be able to deliver their services.”

The announcement is noteworthy as it reflects a more concrete stance from one of the industry’s paramount regulatory authorities. Authorities in China and elsewhere have gone even further, banning ICOs outright in a bid to rein in token crowd sale efforts.

Earlier this year, the FCA issued a discussion paper outlining its concerns over the risks posed by cryptocurrencies on market integrity, consumer protection, competition and risk management measures. The regulator also noted that it may separately regulate some aspects of blockchain technology that fall outside existing financial services rules. 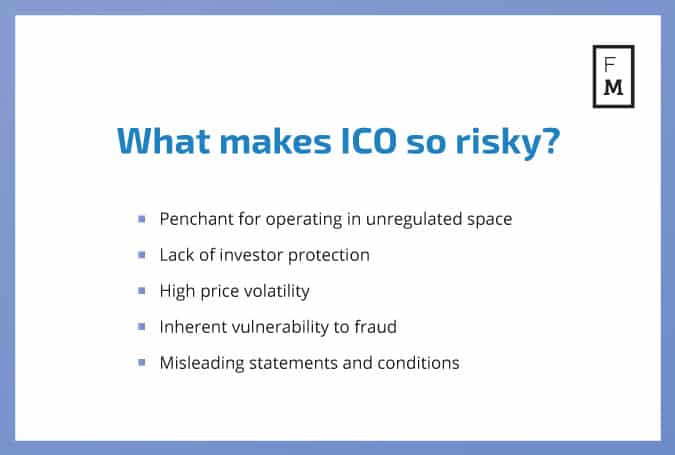 While a relatively new funding mechanism, ICOs have become all the rage across the industry as businesses look to fund their respective ventures. Typically, ICO issuers accept popular cryptocurrencies such as Bitcoin or Ethereum in exchange for a proprietary ‘coin’ or ‘token’ that is dedicated to a specific firm or project.

Most common is a promise and pledge to acquire a small share of the firm conducting the ICO – in many cases this takes the form of a prepayment voucher for future services, or in some cases offers no discernible value at all. The FCA views this practice as highly speculative, carrying exorbitant levels of risk for investors.

Consequently, the regulator cautions investors against engaging in ICO or token sales given the aforementioned risks. It says that only experienced investors that are familiar with a given project should engage.

Most critically, the vast majority of ICOs are not regulated by the FCA or any other regulatory authority. This blind spot creates the potential for abuse and fraudulent activity given that these sales operate outside the influence of authorities. There is very limited investor protection in the UK relating to them, meaning that you are likely not entitled to protections under the Financial Services Compensation Scheme (FSCS).

The prospect of high price volatility is also problematic, and can result in the loss of your entire investment. Coupled with this is vulnerability for fraud. While ICO white papers outline the conditions of token sales, the probability of misleading or outright false statements remains extremely high and should not be relied upon via unregulated groups.