The crypto industry has expanded exponentially over the last two years. Hundreds of thousands of new investors have joined the space, including many who would have never had access to more traditional forms of investments.

With this new class of investors has come an increased need for digital infrastructure. Just a couple of years ago, buying and trading cryptocurrencies even required command-line programming skills; now, most people can purchase the most popular cryptocurrencies with one of a growing number of user-friendly apps.

The potential of cryptocurrency and blockchain technology has also drawn a number of large-scale financial institutions into the space. JPMorgan Chase, Bank of America, Goldman Sachs, and many others have at least experimented with blockchain-based payment systems and other products.

Blockchain and crypto haven’t just been adopted by Wall Street institutions, however. The blockchain sphere has taken something from Wall Street as well–its talent.

”I Just Didn’t See a Future in Traditional Finance”

Former Goldman Sachs VP Chris Matta made headlines this May when he decided with two other colleagues to migrate to the cryptosphere. The three of them formed Crescent Crypto Asset Management.

“It’s safe to say, you leave a good amount of money on the table walking away from Goldman. But I saw it as a calculated risk,” Matta said at the time. “They called in the CEO of my organization, and he said, basically, ‘Are you crazy? Do you realize the risk you are taking here? You are giving up on your bonus!’”

But, he sees a shift in trend & real demand for crypto.https://t.co/hZrwsqnRq0

However, Matta is only one of a growing number of former Wall Street executives who have jumped ship for the blockchain sector. Asim Ahmad left BlackRock once his Ethereum portfolio skyrocketed; Goldman Sachs alum Yuzo Kano “turned bitFlyer Inc. into Japan’s largest Bitcoin exchange,” according to Bloomberg.

Kano has been identified as one of the most significant “poachers” in the crypto industry. In May, Bloomberg reported that Kano has won over talent from Credit Suisse Group AG and Barclays Plc. One of Kano’s recruits, former Barclays trader Daisuke Murayama, took a pay cut to join bitFlyer in May. “I just didn’t see a future in traditional finance,” he told Bloomberg.

Work in the Crypto Industry is an “Increasingly Credible Career Path”

Murayama isn’t the only one who saw blockchain and crypto as a more viable path for the future of finance. “As a former Wall Street professional myself, I feel I can speak to this best from experience,” Dash Core CEO Ryan Taylor told Finance Magnates. “Prior to Dash, I worked as a hedge fund analyst and before that, an Associate Partner at McKinsey & Company’s Business Technology Office in New York.”

“I made the decision to make a career change because I appreciated the enormous potential of blockchain technology and the cryptocurrency payments industry,” he explained. “Though at the time I transitioned it was considered crazy to leave Wall Street to work for a cryptocurrency, I’d say today most of my former colleagues now view cryptocurrency as an increasingly credible career path.”

Stani Kulechov, CEO of ETHLend, echoed Taylor’s sentiments in an email to Finance Magnates, commenting on CoinDesk’s Consensus conference that took place in New York earlier this year. “It went from an event of 400 crypto-enthusiasts [in years past] to an event consisting of 8,500 worldwide investors, financial institutions, enterprise tech leaders, leading industry startups and academic groups. The techie guys in the tshirts were outnumbered by the guys in suits,” he explained.

The shift of talent from Wall Street to the crypto sphere could also signify a cultural change. Political rhetoric on both sides of the aisle in the United States over the last few decades has increasingly painted Wall Streeters as the ‘bad guys’ of the American financial system; the nation’s wealth-hoarders, the ‘1%’, the guardians of a corrupt status quo. 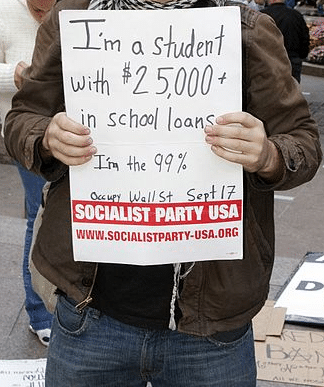 The inspiring messages of financial empowerment through decentralization and taking power away from big banks have drawn individuals from a variety of political and social standings into the crypto space. Before cryptocurrency went ‘mainstream,’ it was a Libertarian darling. But since crypto has become a financial and pop-cultural phenom, it has increasingly drawn a new group: millennials.

“Millennials are particularly open to embracing new technology in order to create opportunities for themselves–and blockchain, the tech behind crypto, is no different. As masters of the side hustle and challengers of the traditional 9-5 working lives of previous generations, millennials are welcoming blockchain with open arms,” StormX CEO Simon Yu said in a Forbes report.

In the same report, One Month co-founder Chris Castiglione said that the risks associated with the blockchain and cryptocurrency industry are more likely to deter older generations. “People who are 40+ years of age are likely settled down with a career and family, and less inclined to get into such a quick growth, volatile field.”

“It’s been the same way with startup founders over the past 2 decades,” he added.

A Two-Way Street: Wall Street is Seeking Blockchain Talent, Too

Despite the popular narrative that has pitted cryptocurrency against financial institutions, many members of the cryptosphere and Wall Street believe that the relationship between the two industries does not have to be an ‘either/or’–it can be a ‘both/and.’

As such, there has been some effort on Wall Street’s behalf to recruit talent that started out in the crypto industry. “Many large banks have been developing blockchain projects for a number of years. Additionally, many of these institutions are trying to poach developer and advisory talent,” Taylor explained.

“Pick up the paper and you see Fidelity, Citibank, Goldman Sachs and others posting ads for capable professionals in the crypto space that can consult and develop their company, because their customers are asking for it, and they are beginning to identify opportunities themselves.”

Financial Institutions are Pursuing “Greater Connectivity” with the Crypto Industry

Indeed, there are plenty of blockchain projects on Wall Street–JP Morgan’s Quorum describes itself as “an enterprise-focused version of Ethereum.” JPMorgan Chase & Co., Northern Trust Corp., and Bank of New York Mellon Corp. have all been exploring the creation of crypto custody services.

“It is clear that greater connectivity between the traditional financial system and cryptocurrencies is being actively pursued by large financial institutions,” Taylor said.

Blockchain startup ‘Setl’ boasts Citi and Credit Agricole as shareholders, and has trialed its ‘Iznes’ record-keeping blockchain platform with OFI Asset Management; Deloitte’s Smart Identity blockchain has also gained a significant amount of attention. The NYSE’s upcoming ‘Bakkt’ exchange has also been identified as a major connecting force between mainstream finance and the crypto industry.

Goldman Sachs is planning what appears to be the first Bitcoin trading operation at a Wall Street bank https://t.co/6y5cau28wa

The reverse is also true–a growing number of crypto firms have been creating solutions for big banks and financial institutions. Coinbase introduced a custody service and an index fund this year; Ledger and Global Advisors joined with investment bank Nomura Holdings Inc. to create ‘Komainu,’ a custodial consortium.

And of course, there’s the massive amount of crypto hedge funds that have propagated over the last year and a half, although their success rates have been mixed.

Taylor said that a growing technological relationship between Wall Street and the crypto industry could ultimately benefit both sectors. “I think that process will continue, especially once the first custody solutions that meet institution requirements is resolved, which should start happening this year. Connectivity with other financial systems will allow for expanded use cases and greater ease of use for users and businesses.

Indeed, a synergistic relationship between the two sectors may be the best thing that either industry could hope for–many believe that both industries need each other in order to successfully march into the future.

Todd Weller, Chief Strategy Officer at Bandura, said that the crypto industry needs “seasoned executives and traders that have experience in how exchanges in general work, the inner workings of Wall Street banks and trading operations.” And of course, Wall Street institutions need blockchain talent to build its own blockchain based systems.

While there may always be some separation between the cryptosphere and the world of mainstream finance, many believe that it’s somewhat likely to see a future emerge in which the lines between the two sectors are not so thickly drawn.

Unlike the lightning-fast pace of most things in the cryptosphere, though, this may only come true with time: “this is evolution, not revolution,” Weller explained.