Trading volumes in s Bitcoin futures’ markets have increased significantly since the beginning of the year and may continue to increase into 2020, according to a report from Bitcoin.com.

What’s driving markets upward? For one thing, there has been some speculation that much of the recent increase in trading volumes on CME could be due to the launch of Options on its Bitcoin futures contracts, which is scheduled for today.

Indeed, a note cited by Bloomberg on Saturday, January 11, from a group of analysts at JPMorgan Chase led by Nikolaos Panigirtzoglou, also pointed out that “there has been a step increase in the activity of the underlying CME futures contract” over the past few days.

Panigirtzoglou also pointed out that open interest has increased 69% since the end of 2019, and that the number of large open-interest holders has increased. “This unusually strong activity over the past few days likely reflects the high anticipation among market participants of the option contract.”

According to Ecoinometrics’ “CME Futures Activity Report” on January 9, “strong traded volume and open interest are staying above average compared to the past few months.” 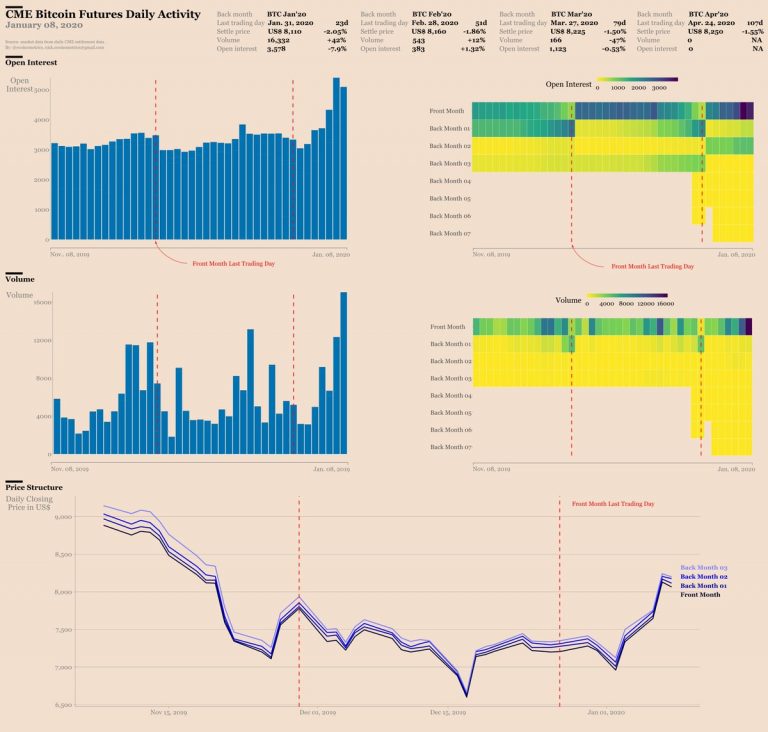 On the same day, data from market intelligence firm Skew also showed a massive spike on BTC futures trading platforms across the board.

Additionally, the average trading volume on Bakkt during the second week of the year was consistently higher than it had been throughout the month of December.

Bitcoin spot markets have also shown bullish sentiment since the beginning of the year.

Indeed, on Thursday, January 9, market research firm Arcane Research published a report pointing out a significant improvement in BTC spot trading volumes within the second week of the year.

According to the report, which used market data from Bitwise Asset Management, “the 7-day average real trading volume sees a nice pump after the worryingly low levels during the holiday. With almost $1.5 billion traded on Jan 8, the market recovered sharply from the disappointing $192 million that were traded on Jan 1.”

This increase in spot market trading volume has been coupled with an increase in price since the beginning of the year–on January 1st, the price of Bitcoin was about $7,200; as of 06.25 GMT on January 13th, the price had risen to roughly $8,140. 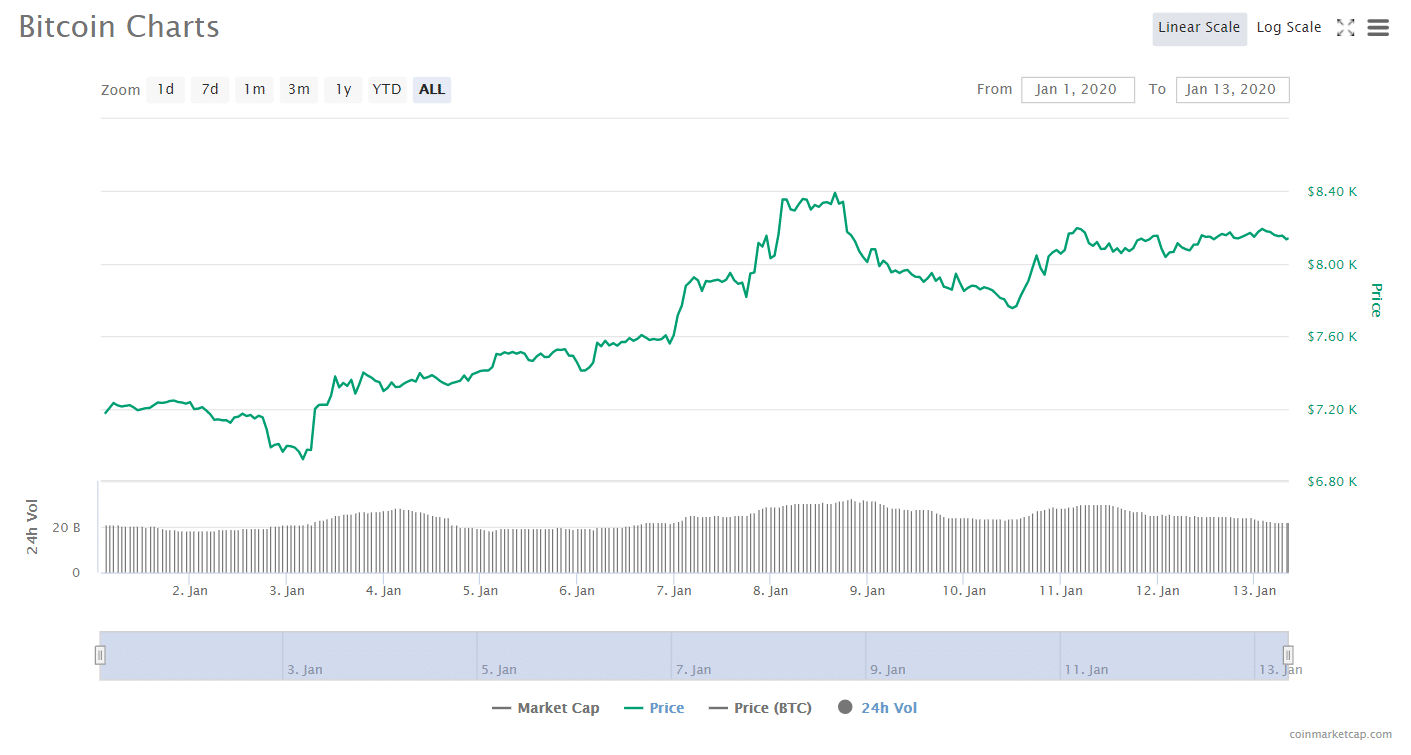