It was just one of those weekends in the world of cryptocurrency. You know what I’m talking about. Bitcoin and Bitcoin Cash have been sparring in an epic battle; crypto investors are waking up this Monday morning, scratching their heads, and thinking: did that really just happen?

The answer is yes, that did just happen. Let’s review: the cancelled fork of last week that caused the end of the rally that was driving Bitcoin to unprecedented heights last week led to widespread confusion and an exodus from Bitcoin into Bitcoin Cash. Bitcoin fell as Bitcoin Cash soared; Bitcoin stabilized as Bitcoin Cash took a nosedive. Now, it’s a bit unclear which coin is the ‘real’ Bitcoin.

Last Week: an Epic Rally and a Cancelled Fork

The price of Bitcoin reached a new all-time high last week, breaking through US$7000 in anticipation of the controversial SegWit2x fork, which was eventually called off. The rally was all par for the course. Because BTC holders receive an additional amount of the new coin created during the fork equivalent to the amount of their BTC, many users will buy up more BTC before a fork takes place, driving the price of BTC up. 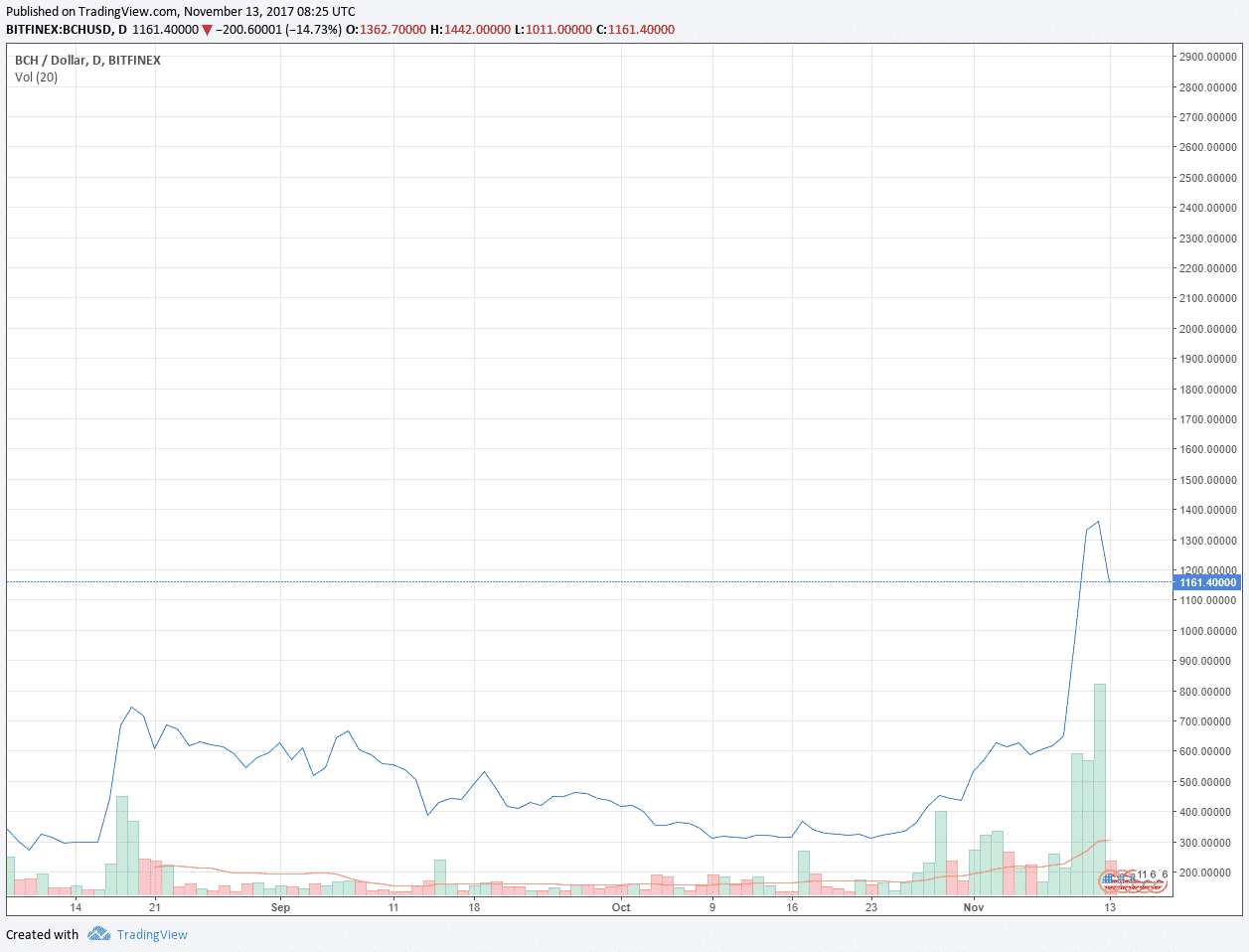 However, the fork was cancelled. SegWit2x was perhaps the most disputed fork in the Bitcoin community yet. On the one hand were its creators and supporters who had conceptualized the fork as part of something called the ‘New York Agreement’, which was backed by fifty-eight companies spread across twenty-two countries.

On the other hand were the Bitcoin Core Developers, who rallied against SegWit2x. They argued that the fork was poorly constructed, and that (among other issues) its lack of ‘replay protection’ could cause a rash of duplicate transactions. “Concerns raised by Bitcoin Core contributors and Bitcoin community members about the Segwit2x proposal have not been adequately addressed by its proponents,” they said in a statement preceding the cancellation of the fork.

SegWit2x was the latest in a series of BIPs (Bitcoin Improvement Proposals) that would solve Bitcoin’s scalability issue. The Bitcoin network is only capable of one megabyte’s worth of data every ten minutes, which translates to roughly seven transactions per second. As the network becomes increasingly popular, the pressure on the limited capacity for processing transactions continues to build.

Just this weekend, a glut of transactions on Bitcoin’s network caused a massive ‘clogging’; some transactions reportedly took up to 72 hours to be confirmed and cost as much as US$100. The popular Exodus wallet even made the decision to temporarily disable Bitcoin transactions until the trading volume returned to normal. 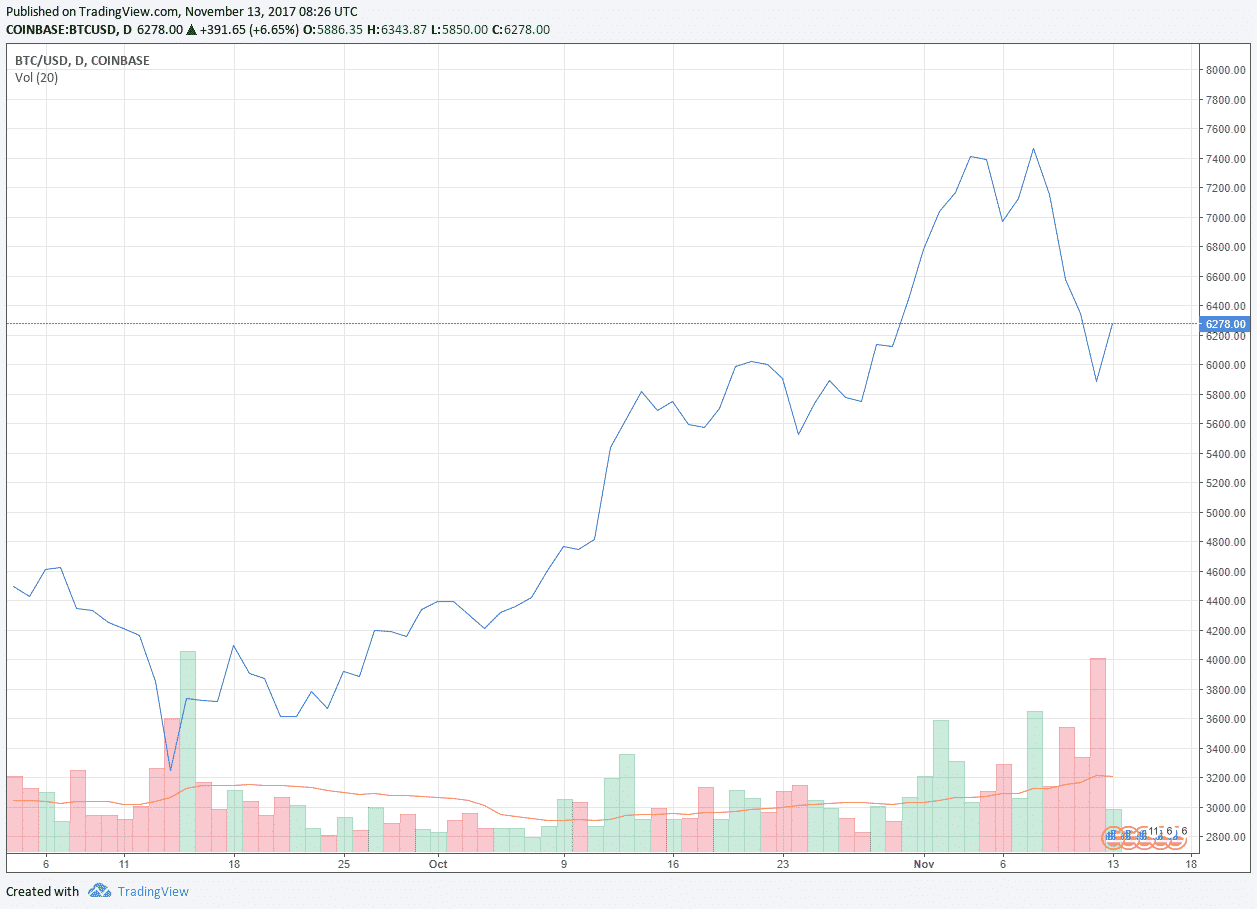 Is Bitcoin Cash the New Bitcoin?

In the wake of the canceled fork, something unexpected began to happen. The price of BTC began to fall, which was not too out-of-the-ordinary, considering the circumstances. However, as BTC fell, its little brother, Bitcoin Cash, skyrocketed.

BCH blasted through its previous all-time-high of just over US$900 to a new height of nearly US$2500. The massive increase was partially attributed to SegWit2x fans who were leaving the Bitcoin network as a sort of protest move, or perhaps just as a practical measure to avoid the inconveniences caused by the traffic jam on the Bitcoin network. Part of the jump was also attributed to a high volume of BCH trading in Korea.

In any case, the Bitcoin Cash network could handle the unprecedented transactional volume. Gavin Andresen, a key developer at the Bitcoin Foundation, tweeted on Saturday: “Bitcoin Cash is what I started working on in 2010: a store of value AND means of exchange.” Vitalik Buterin, creator of Ethereum, tweeted a congratulations to some famous Bitcoin investors along with a picture of Bitcoin Cash’s market cap placing over Ethereum’s on CoinMarketCap.com (it has since fallen back into third place).

Roger Ver, famous for becoming one of the first ‘virtual millionaires’ for his early investments in Bitcoin, has also been outspoken in his support for Bitcoin Cash. On Friday, Ver tweeted: “Study economics to understand why #BitcoinCash will win wider adoption than 1MB Segwit Bitcoin shortly.” He also said that he would be giving $1 in Bitcoin Cash to anyone who asked “because that’s now impossible to do with Segwit coin [BTC]”.

The question of which currency is the ‘real’ Bitcoin has not yet been answered; only time will tell. However, the support of BCH from these bigger names in the industry is certainly some strong indication.

Another plot twist has occurred over the last twenty-four hours as the price of Bitcoin Cash took an absolute nose dive. The value of the coin has dropped nearly fifty percent, currently trading around US$1200; it hit a low of roughly $1040 at 05:43 UTC. Even with this recent drop, however, the coin is still trading above its previous all-time high.

Undoubtedly, the drop is partially due to some calming of the market, which is nothing out of the ordinary. However, there is quite a bit of speculation that the Bitcoin Cash network is far more centralized than Bitcoin’s network.

If things couldn’t get any more complicated, the Bitcoin Cash developers will activate a fork of their own today (November 13) that will reverse the emergency difficulty adjustment rule. The intention behind this reversal is that it will attract more miners that will secure the Bitcoin Cash blockchain. While the fork may not be having much effect on the price of Bitcoin Cash, such a change in the network’s code certainly comes at a strange, exciting time.

Conspiracy Theories: Some Suspect the Largest Pump-and-Dump Scheme of All Time

Some in the Bitcoin community are suggesting that the Bitcoin Cash rollercoaster has all been part of a massive pump-and-dump scheme orchestrated by a few BCH ‘whales’, or people who hold large portions of the market. According to Con Synereo, CEO of Israeli Bitcoin Group, one such theory goes something like this:

A group of miners and investors in China, which are referred to in the blog as the “Jihan” group, managed to take significant hold of the BCH market through mining and buying up the coins, when they were initially dumped onto exchanges shortly after their creation.

The Jihan group then waited for the confusion caused by SegWit2x to begin artificially pumping up the value of BCH while spamming the BTC network. Practically, this caused a mass exodus of users from BTC to BCH. Then, when BCH hit its high, the Jihan group sold everything all at once. This caused a massive drop in the price, which is in turn causing more BCH users to panic-sell their coins. When the coins lose their value, the Jihan group may buy even more coins, increasing their hold on the market.

There are two factors that make this theory plausible. One is the spamming of the Bitcoin network that has caused transaction confirmation times and fees to skyrocket. The other factor is the sudden prevalence of BCH trading pairs against altcoins on Chinese exchanges.

While this particular theory may not be exactly in alignment with reality, the massive jump and crash that the price of BCH has undergone in the past forty-eight hours does make one wonder if there is some sort of market manipulation at play.

The War is Not Over

In any case, it will be some time before we can know which coin is the real deal. Bitcoin Cash does solve the scalability problem, but the young coin has not yet withstood the test of time.

Meanwhile, Bitcoin is not dead yet – far from it. Its market cap is over US$105 billion, while Bitcoin Cash is still sitting below US$20 billion. Although it fell from its all time high to a stable support just above US$6300, there is a chance that the massive fluctuations in Bitcoin Cash could ultimately drive users back to Bitcoin.