On March 15, Lightning Labs officially released the first beta implementation of the Lightning Network for the Bitcoin mainnet. A blog post announcing the launch (version lnd 0.4-beta) said that the implementation has the necessary “safety, security, and reliability features necessary for real-world, real money usage.”

The blog post added that this release of the Lightning Network is mainly intended for use by “developers of of future Lightning Applications (Lapps) along with technical users and prospective routing node operators.” Because the network is still in beta, users are recommended to only “experiment with small amounts” of Bitcoin.

So far, the Lightning Network has managed to accrue more than a thousand nodes and 2000 channels since the launch of its initial beta version in December of 2017.

The launch of 0.4-beta coincides with Lightning Labs’ recent announcement that a $2.5 million had been raised in a seed financing round. Among a few high-profile financial and crypto figures, contributors to the round included Litecoin creator Charlie Lee, ex-Paypal COO David Sacks, and Jacqueline Reses of Square Capital.

Despite the funding and other support within the crypto community, the Lightning Network has its share of opposition. Bitcoin Core Developer Peter Todd has urged caution over adopting the LN too quickly, essentially saying that the network needs to prove the test of time in order to show that it isn’t vulnerable or unstable. Bitcoin.org Creator Cobra also sparked a Twitter debate with Blockstream when it criticised the company’s ‘irresponsible’ promotion of premature usage of LN on the mainnet.

The way @Blockstream is promoting LN use on mainnet is very irresponsible. People will lose money and LN reputation will be damaged. A few weeks ago, I received a disgusting and accusatory email out of nowhere from someone very high up their chain of command. Terrible company.

Perhaps the most outspoken critic of the Lightning Network has been none other than ‘Bitcoin Jesus’-turned-’Bitcoin Judas’ Roger Ver, who had some choice words for the project:

The #LightningNetwork is just a Rube Goldberg device to solve a problem that never actually existed in the first place. pic.twitter.com/a8t1PpEjC7

How Does the Lightning Network Operate?

A channel on the Lightning Network acts as a multi-signature address that holds the total value of all funds transmitted through the channel; it is essentially an unsigned transaction that contains the payout to the parties involved. A payment channel can also be thought of as a safe where all parties involved in a transaction can put money into when they want to transact with one another; each party also has their own lock.

Transactions in the channel can happen instantly because they are not immediately recorded to the blockchain, just like the money in the safe isn’t immediately taken to the bank. As long as the parties who have access to the safe want to keep transacting with each other, the channel is still ‘open’.

Closing the channel, and thus recording the transactions on the blockchain, would be like opening the safety deposit box and depositing the money in the bank. Not every transaction needs to be recorded, however–just one that accounts for the final sums transferred.

Lightning and the Price of BTC

It’s certainly not a secret that the price of BTC has been taking a long, slow dive over the past several months. 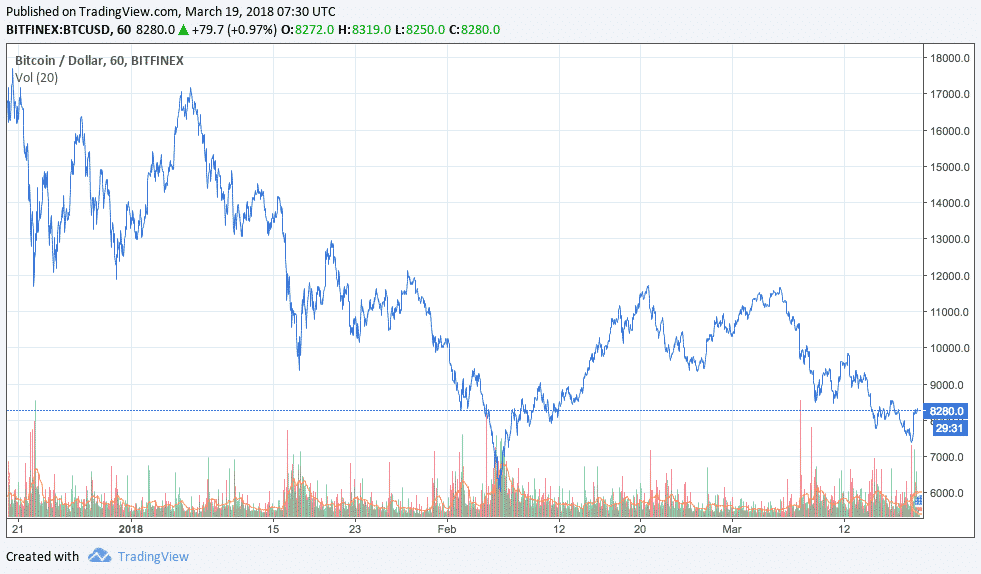 The effect that full implementation of the Lightning Network will have on the market cap of the Bitcoin network as a whole is somewhat questionable. While a faster and more scalable network certainly means that Bitcoin can be more conveniently used for everyday purchases (which could increase BTC’s value), it may also cause some holders to stop treating BTC like a long-term investment (which could decrease the value of BTC).

Reddit user fossiltooth wrote that in order to understand the effect that the Lightning Network will have on the price of Bitcoin, we can compare it to the gold standard: “In many cases, the gold would be fully reserved or on strict time deposits. This lowered the price of gold less that more leveraged systems, but it still lowered it.”

“This isn’t to say that the system can’t work. Just that it does reduce the purchasing power of the asset from where it would otherwise be, and over time, it tends to lead to all sorts of shenanigans as people further abstract out the system to the point where we get to precisely the kinds of problems we are trying to escape today,” wrote fossiltooth.

“One can argue that with gold, abstractions like paper or digital receipts are a necessary evil to help fractionalize it and trade it quickly. But cryptos are already digital ‘receipts’. It seems absurd to get a receipt for a receipt, especially where it is unnecessary.”

The fact that the Lightning Network will enable more transactions to take place on fewer blocks could mean that (at least for a time) the practice of Bitcoin mining will lose some of its profitability.

Let’s call it what it is, Convoluted Coin

I have been experimenting with the Bitcoin Lightning Network. For now it’s pretty complicated to establish a payment channel, add funds and make actually make payment. There’s a long way to go before it will be adopted by everyday users. But obviously it’s going to get better.