There are plenty of reasons that crypto pundits will give when it comes to why cryptocurrency hasn’t been adopted yet: it’s too esoteric, too volatile, too unregulated.

The cryptocurrency industry is also seriously lacking in some fundamental services – namely, banking. Most banks have quite an unforgiving past when it comes to crypto.

As cryptocurrency grew more popular throughout 2017 and parts of 2018, a number of banks decided to bar their customers and employees from using their credit cards and other services to buy cryptocurrency or otherwise interact with crypto companies. 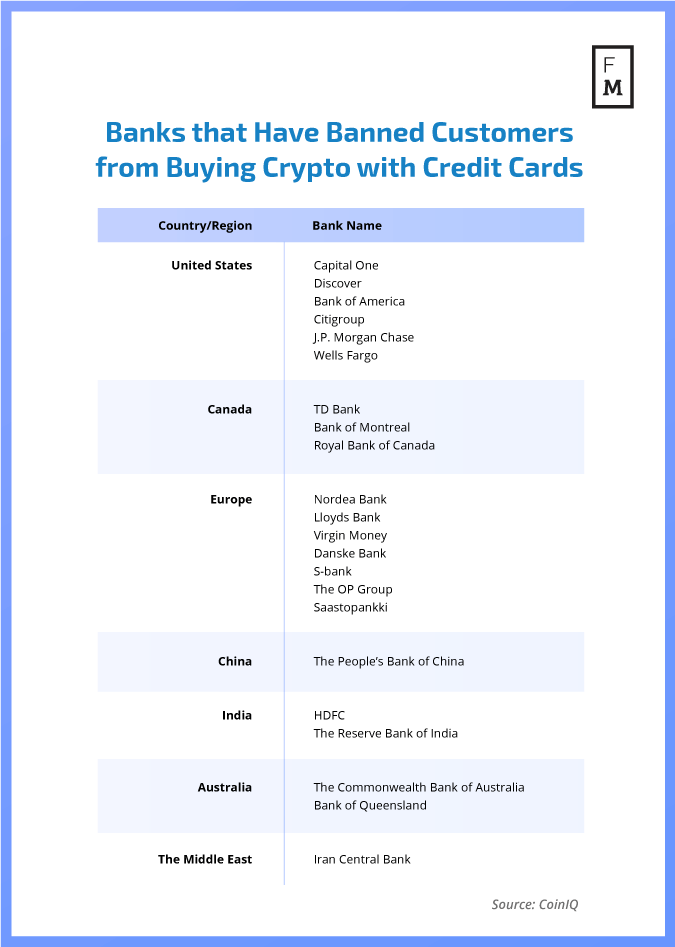 Some of these ill-fated relationships between banks and cryptocurrency companies have received quite a bit of attention. Before the bizarre events that led to the permanent loss of the exchange’s funds, Canadian cryptocurrency exchange QuadrigaCX had been struggling for months with a bank that had suddenly closed a number of the accounts associated with its payment processor.

As the cryptocurrency industry continues to mature, however, so too are the relationships between banking and crypto companies – for better or for worse.

For many, cryptocurrency is the antithesis of banking. Banks represent centralized control of the financial system, while crypto represents individual financial empowerment; banks are opaque where crypto is transparent, slow where crypto is fast.

However, Nick Galov, Content Manager at TechJury.net, explained that relationships between cryptocurrency companies and banks have been improving, particularly where big brother is there to keep an eye on things.

“Contrary to popular opinion, crypto startups and banks are neither rivals nor enemies,” Galov said to Finance Magnates. “They are not competing against each other but are closely collaborating, especially in countries where cryptocurrency business is regulated.”

However, “many, if not all, cryptocurrencies have been invented with a simple goal — to significantly improve current financial ecosystem, rather than replace it. This is accomplished thanks to the blockchain technology that offers an entirely new way of transferring and storing data on a network.”

If banks and cryptocurrencies can work together in a constructive way, they have a lot to gain from one another. Cryptocurrencies could rely on the custody, insurance, and accessibility that banks offer in many societies, while banks have much to gain from the low fees, high speeds, and transparency features that are an inherent part of cryptocurrency.

Despite the positive things that the banking and cryptocurrency industries could provide one another if and when they are willing to collaborate, banks have been a bit slow on the uptake.

In a report on March 3rd of this year, Bloomberg explained that banks’ prejudice against crypto began in the early days of Bitcoin. And volatility wasn’t the main reason that banks were so set against BTC – rather, it was Bitcoin’s association with illegal activities on the deep web. These criminal associations led many banks to take prohibitive stances toward cryptocurrency.

For most banks, the simplest course of action has simply been to maintain the bans that they placed on cryptocurrencies before then. “It’s not illegal for big banks to bank the crypto industry, but it’s a massive compliance headache that they don’t want to put the resources in to solve,” explained CEO of Alameda Research Sam Bankman-Fried to Bloomberg.

As a result, there is an unfortunate number of instances where banks have suddenly pulled the plug on the crypto companies that depend on them. Jesse Powell, CEO of US-based cryptocurrency exchange Kraken, said that he “basically had to employ the arts of a money launderer to survive” when his exchange wasn’t able to find the banking services that it needed.

Paypal locked up all the money I had for 6 months, almost lost my business/apartment. BofA killed @Krakenfx‘s payroll account on 30 days notice. Chase killed it on 5 days notice, by mail, which arrived after the account was closed. Found out when employee checks bounced.

Even when crypto companies are doing the best they can to stay compliant when there aren’t any banking options,  there are still some voices who find their actions to be sordid. However, these critics are ignoring the fact that these companies do not have a choice – money-laundering-like behavior wouldn’t be necessary if these companies had access to the services that they need.

However, these critics are ignoring the fact that these companies do not have a choice – money-laundering-like behavior wouldn’t be necessary if these companies had access to the services that they need.

So what’s a crypto company to do? “All crypto projects face the uphill PR battle of shifting the negative associations with crypto that started with the drug market, Silk Road, and is reinforced by publicized instances of exchanges used for money laundering and vulnerabilities in the technology exploited by bad actors,” wrote Daniel Popa, CEO of Anchor, to Finance Magnates.

However, Popa explained that bad PR isn’t the end of the road. “That said, PR issues can be overcome. I believe that the eventual wide adoption of cryptocurrencies will soon make it impossible for banks to ignore the desires of their customers, and we will see a seismic shift in the outlook of banks and other financial institutions towards crypto partners.”

Nash Foster, CEO of industrial-scale blockchain platform Pyrofex, added that even while some banks may view crypto’s criminal associations as a thing of the past, regulatory uncertainty could be holding them back.

“I think banks are very interested in crypto, but they are worried about regulation,” Foster told Finance Magnates.

In addition to the lack of clarity in regulation, founders of crypto startups may not know the unwritten rules of conducting conversations with regulators like banks do. “Most crypto companies have no sophistication when it comes to dealing with regulators,” he continued, “so, when they talk to bankers they are saying all the wrong things.”

Therefore, “the crypto companies that find it easier are the ones that know what they’re doing on the regulatory side.”

Foster added that the establishment security tokens and other tokenized assets had made interactions with banks a bit trickier. “The actual ‘cryptocurrencies’ like Bitcoin and Ether are one thing and they look a lot like cash, which is easy for banks to understand,” he said. However, “the secondary token assets are very different, they’re more like derivatives.”

This means that “most banks aren’t allowed to handle them on the banking side, because they’re more like a stock or an option contract than cash. So, banks can handle the currency stuff, okay and that’s why Coinbase can have more users than Charles Schwab. But, they don’t like it when you’re issuing illegal securities and selling them to the public, so that’s when you get shut down really fast.”

Are Things Getting Better for Crypto Companies?

Despite growing complications, there is some hard evidence that things are improving.

A growing number of cases have appeared around the world in which courts have sided with crypto companies faced with banking troubles. One recent example of this took place in March when the Court of Justice in São Paulo dismissed an appeal made by Banco Santander against local cryptocurrency exchange Mercado Bitcoin. The Court ordered that the bank return the equivalent of nearly $350,000 to the exchange. Several other similar examples have taken place across South America.

In some cases, banks have warmed up to crypto because they themselves have begun using blockchain-based systems within their own operations – although there isn’t always a correlation between banks’ use of blockchain and their attitudes toward cryptocurrency.

Regardless of the reason for banks’ hesitancy to work with cryptocurrency companies, cryptocurrency firms have found themselves with a very limited number of options when it comes to storing the capital they control.

In addition to the “money-laundering arts” that Jesse Powell described, Kyle Asman (Partner at BX3 Capital) explained that some crypto companies “are keeping all of their assets in tokens like bitcoin or Ethereum.”

In the worst of cases, this creates a sort of vicious cycle. If crypto firms keep all of their money in volatile cryptocurrencies, they run the risk of losing the value of their capital – some crypto companies were forced to lay off a number of their employees last year as a result of this phenomenon. Companies who keep their assets in crypto may also run the risk of being hacked.

For some, this is only something that government intervention can really fix. “Once regulation comes into place, we will see a number of banks more comfortable working with crypto companies,” Asman explained.

And indeed, the foreseeable future requires that banks and crypto companies work together in order for cryptocurrency firms to truly succeed – whether it’s an act of government or an act of god.