Chinese crypto outlet 8BTC reported earlier this week that crypto mining operations are selling off mining equipment by weight rather than by unit amidst widespread market decline. The report specifically cited a Weibo post by the founder of crypto mining pool F2Pool.

The crypto markets have shed billions throughout the last several weeks, with Bitcoin reaching as low as $4300 a pop–nearly 80 percent lower than its all-time high of roughly $20,000 last December. The decrease in marketcaps across the board has also decreased mining profitability; F2Pool and other crypto miners have reportedly decided to sell because the cost of maintaining and operating the equipment is higher than money earned by mining.

The miners have reportedly been trying especially hard to rid themselves of older pieces of mining equipment, including the Antminer S7, the Avalon A741, and the Antminer T9. Some of these machines are being sold for just 5 percent of their original value, 8BTC said, referencing the sale of one machine worth $2,885 a year ago being sold for just $144.

The report comes in the midst of a “hash war” being waged between two sides who have differing opinions about the future of the Bitcoin Cash network. Last week, the Bitcoin Cash blockchain split into two new chains as the result of a software upgrade known as a “hard fork.” Supporters of each chain are renting and deploying massive amounts of “hash power” (mining power) to make their chain into the dominant network.

Chinese mining giant Bitmain announced earlier this month that it would be reaching out to crypto miners in Xinjiang to help support its chosen side of the hash war. 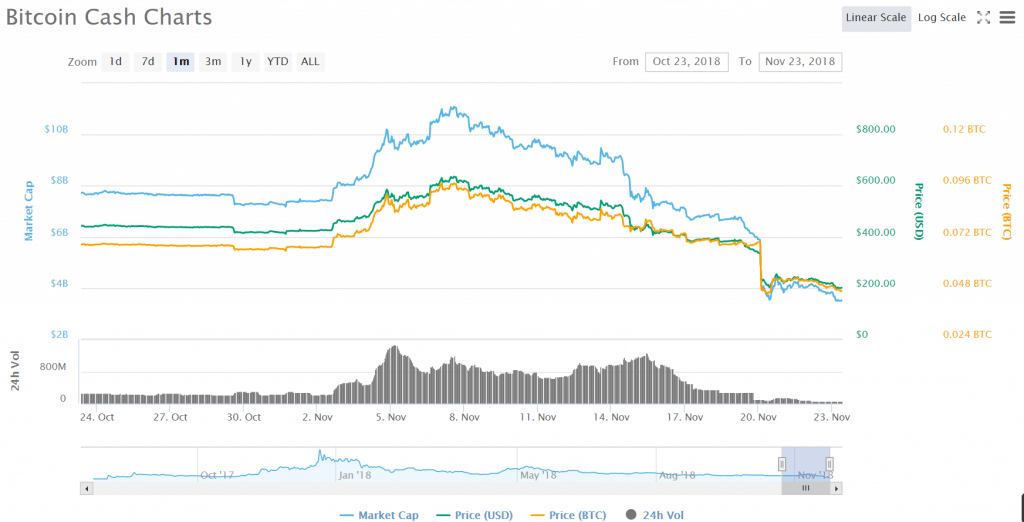 Many analysts blame the hash war for much of the price slippage in the cryptocurrency markets. They suspect that the amount of hash power that giant mining firms removed from the Bitcoin network in order to support their chosen side of the Bitcoin Cash debate has done serious damage to the price of Bitcoin; at the same time, large amounts of Bitcoin may be being sold off by members of both sides of the battlefield in order to pay for rented hash power.

To all BTC miners…

If you switch to mine BCH, we may need to fund this with BTC, if we do, we sell for USD and, well… we think BTC market has no room… it tanks.

Think about it. We will sell A Lot!

Consider that….
And, have a nice day

(BTC to 1000 does not phase me) pic.twitter.com/oUScEahtWc

At press time, the crypto markets had stopped their sliding, but prices have stagnated at lows that haven’t been reached in over a year. 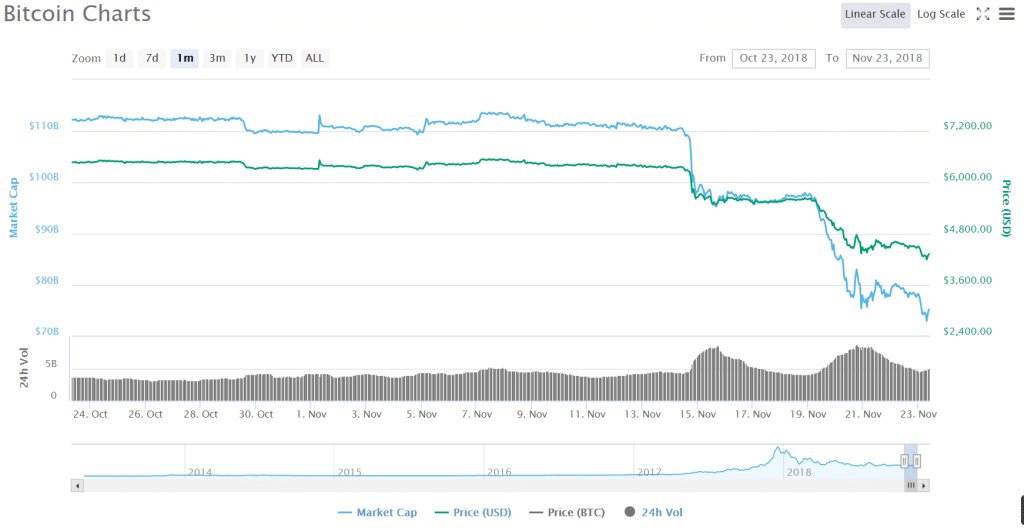