The price of Bitcoin has been struggling to mount the $12,000 resistance level for roughly three weeks since it surpassed $10,000 on July 27th. However, as pressure below the $12,000 level has continued to build, its seven-day average hash rate has reached a new all-time high. 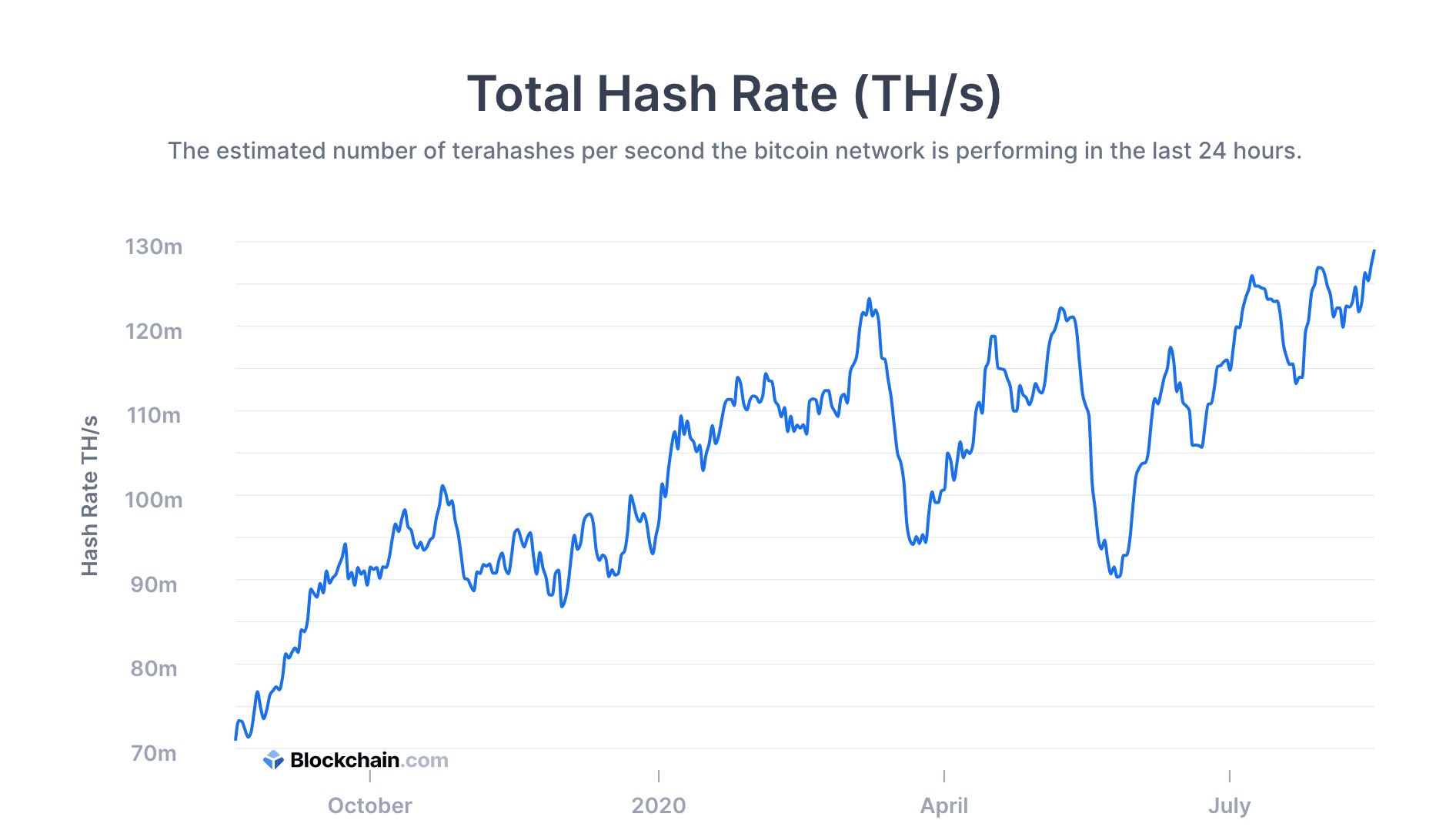 Hash rate is a measurement of how much computing power is being used on a blockchain at any given time. While there isn’t a direct correlation between a network’s hash rate and the price of its cryptocurrency, some analysts believe that a rising hash rate is indicative of a rising price to come.

This is because an increase in hash rate may signify an influx of new miners, or at least, more mining equipment onto the Bitcoin network, presumably because miners believe that they can make a profit.

A higher hash rate could also suggest that existing miners have more faith in an asset’s profitability. In other words, the entities that are spending money and resources to put the hash power into the network believe that their endeavors will be profitable, and therefore, they will continue to spend.

For example, earlier this year, Jeremy Britton, the chief financial officer at Boston Trading Co., explained to Finance Magnates that increased mining costs on the Bitcoin network mean that miners will hold onto their coins until higher price levels are reached, increasing the Bitcoin price ‘floor’.

“As with mining any scarce resource (e.g. silver or gold), if mining becomes more difficult or more expensive, the price of the underlying asset will increase,” he said.

Before May’s halving, Britton explained that it costs roughly $3,000 “just in electricity to mine a single bitcoin (notwithstanding the cost of hardware, and internet access). This is why, when BTC ‘crashed’ earlier in 2019, the price did not go below $3,000; miners did not wish to sell for a loss.”

Now that the halving has taken place, however, “the price to mine a single bitcoin [has increased] to a minimum of $6,000. Whatever the new ceiling is, the floor will be $6,000, as miners will refuse to sell for a loss.”