In a week that included another major name announcing that it was going to accept bitcoins, as well as two of the biggest companies in the sector lowering fees, prices of bitcoin failed to benefit, falling to a four-week low. Despite the drop, the sector remains active with many deals and new product launches taking place.

Pretty much everyone around the entire world uses Wikipedia and we all know about their requests for donations to help fund the non-profit foundation behind the website. Couple this with a bitcoin community which has proven to be generous when it comes to donating to causes that accept the digital currency. The result is a match, with Wikipedia announcing this week that it would begin to accept donations in bitcoins. Despite what seems like a perfect match, and demand for them to do so, apparently Wikipedia held back from accepting bitcoins at an earlier period due to taxation and operational reasons of handling the currency. This was evident as Wikipedia cited new guidelines from the IRS as part of what has led them to accept bitcoins now.

Powering bitcoin payments at Wikipedia is Coinbase. In announcing that they were chosen by Wikipedia, Coinbase revealed that they will now be offering no fees on bitcoin payments from US non-profit organizations that use their merchant processing solution. Also announcing reduced fees this week was BitPay. At BitPay they revealed a new ‘freemium’ pricing model which includes an unlimited no-fee starter solution for merchants. After both BitPay and Coinbase have secured new funding this year, we are seeing them use a portion of their cash to become more competitive with their offering in order to spur increased bitcoin usage. 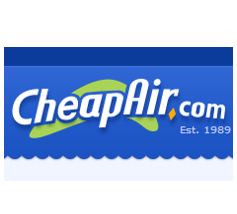 Talking about merchants accepting bitcoin, CheapAir.com announced this week that it has achieved $1.5M in bitcoin sales since it began to accept the digital currency in November of last year. In comparison, more high profile Overstock.com has registered $1.6M in sales in the company’s five months of offering bitcoin payments. On the achievement, Jeff Klee, CEO of CheapAir, commented, “If our customers have a need, we’ll go to great lengths to come up with a solution. In this case, that meant finding a way to accept bitcoin payments for airline and hotel transactions that traditionally were only done with cash or credit card.” As CheapAir only allows payments in US credit cards, bitcoins provides a method for payment for international customers.

As mentioned above, prices of bitcoin have fallen to four-week lows hitting $560 in the middle of the week. No specific news has triggered the move lower, but it could be the result of buyers who piled in during the end of May, early June 50% rally taking profits and sizing down their holdings. In addition, in a twist, as more merchants accept bitcoins, it provides more opportunities to buy products with the currency. These bitcoin are nearly always converted instantly to dollars, thus creating additional supply which can affect prices negatively.

Funny Story of the Week

Solar power firm, to bitcoin marijuana payment processor, to foot medical product company. You get some interesting business model changes among the lower end penny stocks of the world. Bucking the trend of failing penny stocks that have pivoted to become bitcoin companies to draw interest in their company, Bitcoin Collect decided it had spent enough time being a bitcoin related company. Having moved from being a solar power firm to a bitcoin payment processing company focused exclusively on the medicinal marijuana industry, Bitcoin Collect announced its most recent pivot to become a medical product company selling therapeutic shoes. Go figure!

Share this article
Tags: bitcoin / coinbase
Got a news tip? Let Us Know

We have done something similar to Bitcoin at http://www.gcoin.us except you can have fun & earn GCoins without mining. This is a way in to the Bitcoin world without having tech know how or financial clout. As users earn GCoin they will have a direct relationship and an interest. All you need is a PC or a Mobile phone. The door is now open.