On Thursday Finance Magnates visited the Tel Aviv Stock Exchange (TASE) to witness blockchain coders developing solutions for the future economy and pitching them to some of the biggest banks in the world.

Moises Cohen, co-founder of The Floor, said: “The First International Blockchain Hackathon, organized by The Floor, Intel and TASE, together with the support of HSBC, Intesa SanPaolo, Accenture, CTBC, Deutsche Bank and KPMG, was a huge success. Not every day do you find some of the biggest “brains” on DLT worldwide in the same room.

Teams came from all over the globe (US, India, South Africa, Belgium and of course Israel) to join in the Hackathon both contributing their amazing ideas as well as aiding us to significantly increase the awareness in the Israeli ecosystem about the potential of DLT and its use cases that could revolutionize the way we bank.”

Out of dozens of teams that took part in the competition, a panel of expert judges selected two startup winners and two established developers and corporate winners. First place among the latter went to Bitmark for its supply chain for 3D printing, and second place went to the team from Tel Aviv University, with a solution for registering usually unregistered assets.

Among the startups, second place went to Cryptonomica, which is developing a legal framework for smart contracts on a blockchain. First place went to Bancor, which recently also won first place at a startup competition held by CoinAgenda. 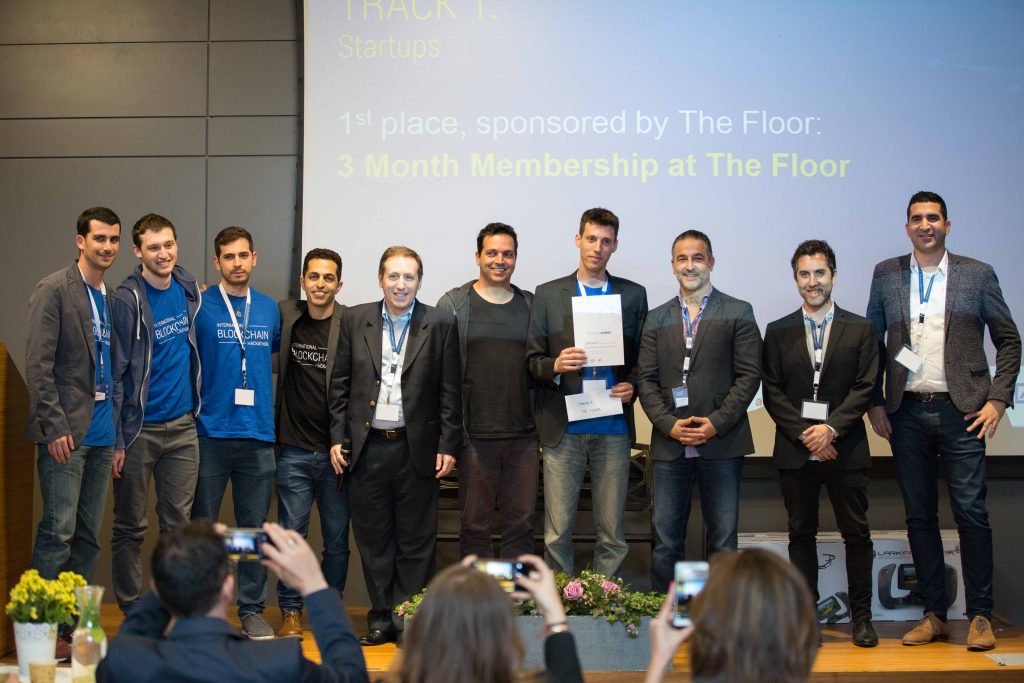 The Bancor Protocol is a smart-contract-based token conversion protocol, which enables a single party to convert any token to another without requiring a second party to exchange with. Its native token (BANCOR) will be the first currency issued using its protocol, and will be introduced through a crowdsale launching May 30, 2017.