With its PrivateSend feature, Dash has branded itself as one of the most anonymous coins on the market. Recently, Finance Magnates spoke with Amanda B. Johson, Dash’s official spokesperson, about what this means.

Anonymous – but for whom?

“Anonymity (or rather privacy) in Dash is optional,” she explained. “When I say optional, we just need to understand why anyone would say that a payment made on a blockchain is not private.” Amanda explained that most blockchains are “transparent,” meaning that the pseudonymous identities used on most blockchains can be traced back to the real identities of their owners.

Amanda said that “in most blockchain-based cryptocurrencies, it’s very difficult to achieve a level of privacy for yourself when in order to use their system, you have to give away your addresses. As soon as you move funds in or out of your addresses, that fact is written for all to see for as long as that blockchain lasts.”

She went on to explain the underlying mechanism that Dash uses to increase privacy: “the way that Dash is able to offer optional privacy on our network is to offer users the option to essentially mix the history of any amount of their coins with the history of other users’ coins on the network.”

“When we talk about the lack of privacy on a blockchain,” she said, “what we really mean is that if someone wants to look at where my coins came from, they can look at the blockchain and look back [and see]: ‘where did that one come from? Where did this one come from?’” and so on and so forth. “People are able to look up the history of where coins have moved.”

Amanda explained that Dash’s privacy features are accessible only through the Dash Core wallet, which “allows you to click a button that says ‘PrivateSend Mix.’”

“At that moment,” she said, “your wallet starts talking to other wallets on the network, saying ‘I’d like to mix the history of some of my coins with some of y’allz coins’… [then, the resulting] ‘mixing sessions’ are written to the blockchain.”

“As that is done, it begins to create uncertainty in sets of three. The first mixing round gives your coins three equally plausible histories; a second round of mixing would give you nine rounds of Uncertainty, and on and on and on until the maximum amount that you can achieve for your coin is upward of 6500 different, equally plausible histories of where your coins came from,” she explained.

This variety is key. “This makes it virtually impossible to do any meaningful analysis on the blockchain of the history.”

Amanda on the Crypto Crash

It’s not a secret that the cryptocurrency markets have been shedding billions since the beginning of this year. Dash hasn’t been exempt from this trend “I don’t think that I would have any more particular insight than any person guessing at the reasons because I do think to a large extent that it’s a guessing game,” she said. 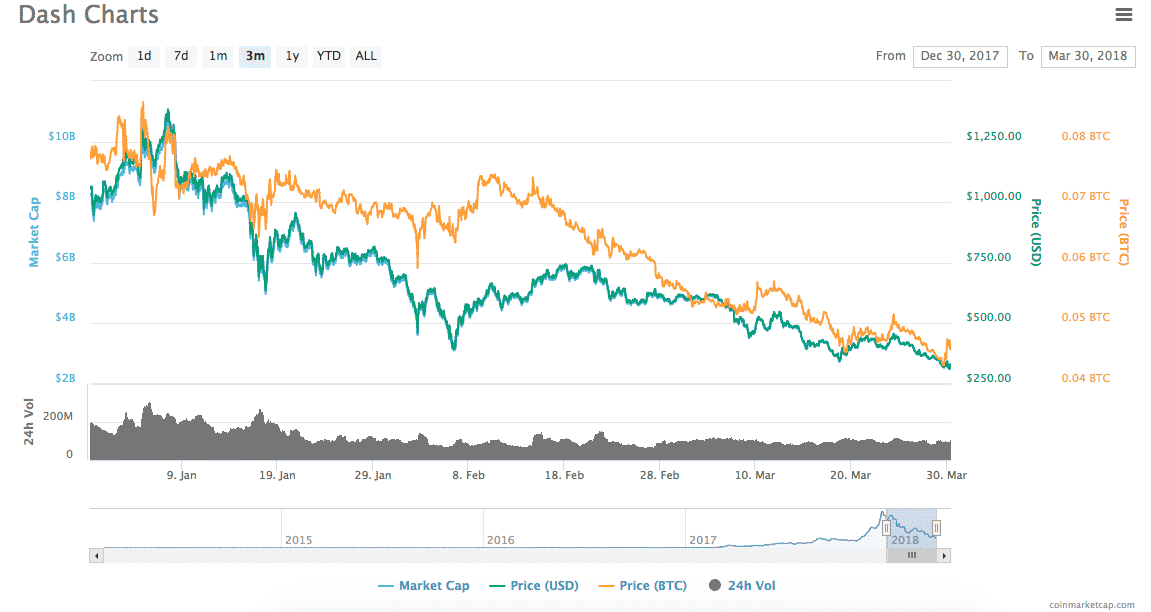 However, she explained that she does think that “the crash was precipitated mostly just by the mania in buying that came before it. Every now and again, we see (in the cryptocurrency markets as a whole) a sort of ‘domino effect’ that goes to an extreme.”

“In December of last year, there started to be a sort of little upswing in buying. That upswing could have been enacted by very few people or quite a lot of people–there’s really no way to know.”

“As that upswing got a bit more extreme,” she said, “that attracted the eye of many individuals with maybe smaller amounts at stake than those who initiated the upswing, and that started what called ‘FOMO’: Fear of Missing Out.” Amanda explained that what ensued was a sort of self-fulfilling prophecy; everyone thought that crypto was going up in value, so everyone bought in, which caused it to go up in value.

She went onto say that the crypto market’s slowdive has been something of a rational response to the insanity of late 2017, a period in which the crypto market capitalization swoll to the point of bursting -and burst it did, spectacularly.