Finance Magnates met with Krypton Capital CEO and founder Ilan Tzroya to talk about the company’s current activity. Almost a year after launching Krypton, it’s time to see what the company is all about and what its plans for the future are.

Krypton wants to be a one-stop-shop for any crypto venture. Its model is based on two main activities that work together in synergy.

The first facet is focused on creating an ecosystem for cryptocurrency companies. “We provide all the necessary services for a crypto venture and ICO. Everything on an in-house basis,” says Tzroya. “We have a news website, a publisher of ICO listings and reviews, as well as a newly launched academy for crypto trading.” Tzroya refers to the well-based crypto news website Cryptovest, as well as a few other content platforms operated by the firm.

The company also operates media, marketing, and affiliate services, as well as a PR agency. “We wanted to provide all possible options for companies seeking to raise awareness and increase acquisition,” he notes.

“We have two main rules when it comes to investment: we ask the startups for equity, and we mandate them to use the invested money within the ecosystem,” he says and adds that the idea is to have a money cycle. “Those ventures are hiring providers within the Krypton group, and the money goes back to the fund, for the purpose of being invested in new ventures in the future.” 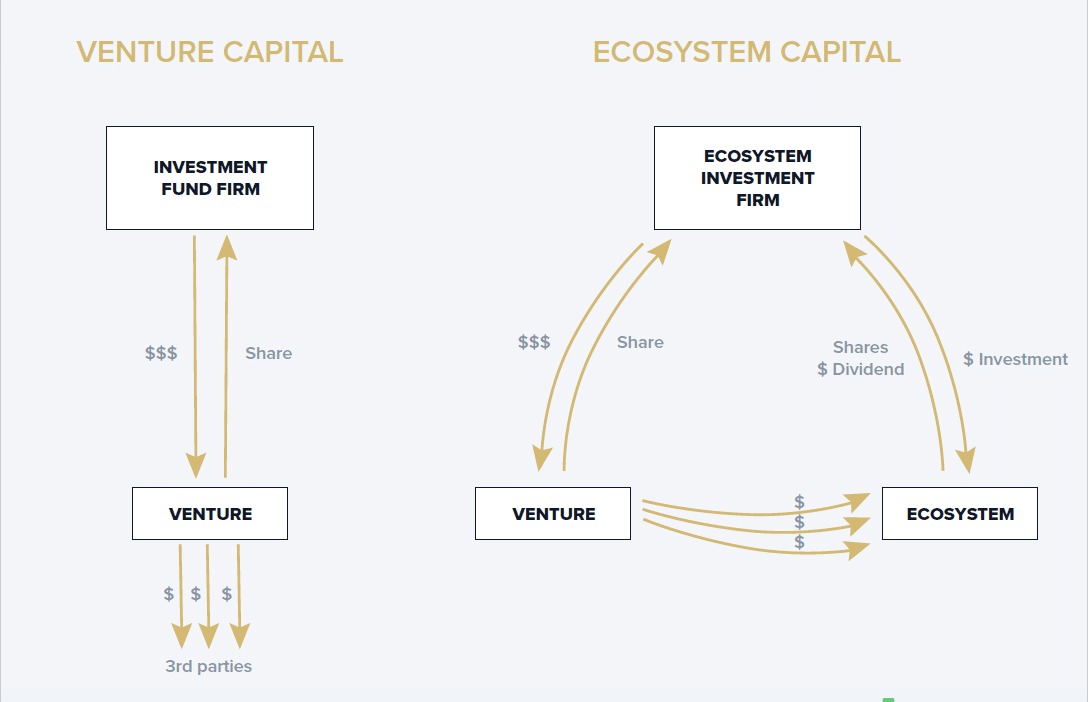 Along with those two facets, the company also has a side activity of investment and trading – mostly market arbitrages – listing firms and creating volatility for publicly traded firms.

There is an obvious missing link in this list of service providers, and it’s a proprietary crypto exchange. One of the main challenges ICOs are currently facing is listing their coins on an exchange. Tzroya reveals that Krypton intends to launch its own exchange in about two months’ time.

When asked about the future, Tzroya explains that beyond the natural scalability efforts, he also looks into investing money in companies outside the ecosystem and late stage ventures.

He also stresses that the service providers within the industry are constantly seeking to onboard new clients. “We are not restricting ourselves merely to the ventures within the ecosystem. We believe that our services can be relevant and competitive for other ICOs and even for other industries,” he states.

When asked what he plans for the day after ICOs, if such day will come, Tzroya claims that his ecosystem can be easily deliberated to other technological industries, such as AI, VR or whatever tomorrow might bring. “Entrepreneurs will always look for capital and help for their venture. If it will not be ICOs, it will be other [another] kind of crowdfunding or private funding.”

Krypton was launched during the summer of 2017. It is based in the Ukraine and Bulgaria and is about to have a presence in London and Tel Aviv as well. “We are about to establish a business development team in Israel and U.K. Perhaps in the future we’ll add other activities.”

When asked about other regions, Tzroya reveals that an Asian expansion is indeed on the table. “We’re looking into opening an office in an Asian country.”

Share this article
Tags: cryptocurrency / Krypton
Got a news tip? Let Us Know