Earlier in the month we spotlighted Polycoin, a bitcoin payment processing startup. Among its innovative features was two sided bitcoin processing which would allow merchants to not only accept bitcoins from customers, but also issue withdrawals in the digital currency.  Polycoin’s CEO Alfred Shaffir explained to DC Magnates that two sided processing is especially important for online financial and eGaming firms who need to both receive and issue payments to their customers daily.

Joining Polycoin in providing two way bitcoin processing for merchants is Coinbase. Announcing the availability of two sided transactions on its blog, Coinbase explained how the initiative was put in place with two of its merchant customers, CeX and Glyde. Operating online consumer electronic marketplaces, CeX and Glyde provide customers the ability to both purchase and sell goods on their sites.  The business model thereby puts both firms in the need of handling the accepting and issuing of payments to customers. 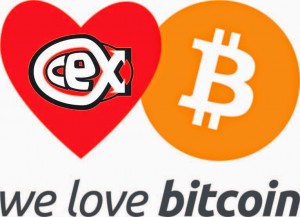 According to Coinbase, using their merchant processing solutions, CeX and Glyde customers can now make payments for good in bitcoins as well as receive compensation in the digital currency for items they sell on the marketplaces.  Coinbase added that according to data released by Glyde, 10% of their “expressed interest in receiving payment in bitcoin for items they sell on the marketplace,” while adding that “7% of its users make withdrawals in bitcoin on a given day for items sold on the site.”

What is interesting about Coinbase’s comments is that they represent the firm evolving its offering to meet needs of customers. The action is similar to the introduction of other new technologies where users of the product will come up with usage cases that the product creators never dreamed about.  Similarly with bitcoins, as the currency and its adoption has expands, it is widening the net of possible use cases of the technology, such as two sided bitcoin processing.