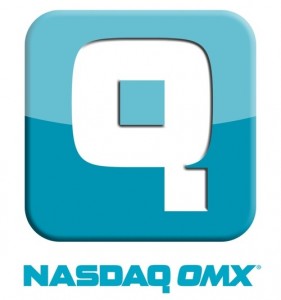 The NASDAQ OMX Group, Inc., the world’s paramount provider of market technology and solutions, has announced the launch of its new SMARTS FXTrade Surveillance initiative, according to a NASDAQ OMX statement.

The NASDAQ OMX specializes in a variety of asset classes, bringing a comprehensive suite of solutions and technology to several financial instruments and regions worldwide. The group recently partnered with the Abu Dhabi Securities Exchange, while also being involved with dealings and events in New York and Southeast Asia in recent months. The group’s newest ambition, the SMARTS FX Trade Surveillance module, oversees and monitors the trading of FX products for the possible manipulation of rates.

This technology is instrumental in curbing fraudulent rate rigging, a phenomenon that gripped the FX world and dominated headlines since last year, as leading institutional banks were the target of several probes from a panel of global regulators. As such, compliance teams will be able to utilize the SMARTS FX module to help allay any potential abuse. In addition to policing potential manipulation, the module will also be able to observe for insider trading, front running, unusual pricing activities, or other suspect behaviors.

According to Rob Lang, Vice President and Global Head of SMARTS at NASDAQ OMX, in a recent statement on the launch, “As the regulatory requirements in the FX market continue to evolve, it has been a challenge for brokers and their compliance teams to identify where to initiate monitoring activity and to focus their resources. Through a co-development initiative with six major FX trading firms, SMARTS has worked to define the behaviors that support the FX surveillance priorities of these industry players, as well as develop a set of now-deployed alerts within the unique data constraints of the FX markets.”

All Asset Classes Fall under Mantle of SMART Surveillance

The SMARTS FX offering will be usable with nearly all FX related products, including individual currency pairs, spot, forward, non-deliverable forward (NDF), along with additional plans to extend towards FX options. While not strictly applicable for FX users, SMARTS is also compatible with equities, options, commodities, fixed income and futures as well, highlighting its versatility.