One of the main points of confusion about Bitcoin stems from the question of whether it is actually regulated or not. After all, the selling point of Bitcoin seems to be the fact that it’s a decentralized currency that does not answer to anyone. However, the actual position of Bitcoin is a little more nuanced than that, and the opinion that the cryptocurrency is unregulated at all is a misconstrued one.

In reality, despite Bitcoin’s sometimes ambiguous legal status, several pieces legislature and regulation were issued since the cryptocurrency’s inception in 2009. While there is no centralized governance or solid legislation specifically designed to tackle Bitcoin, many countries have implemented some form of regulation. Since Bitcoin is purchased using actual money, it can quite easily be treated as an asset. If we take a country such as the USA as an example, saying that Bitcoin is unregulated is evidently inaccurate. 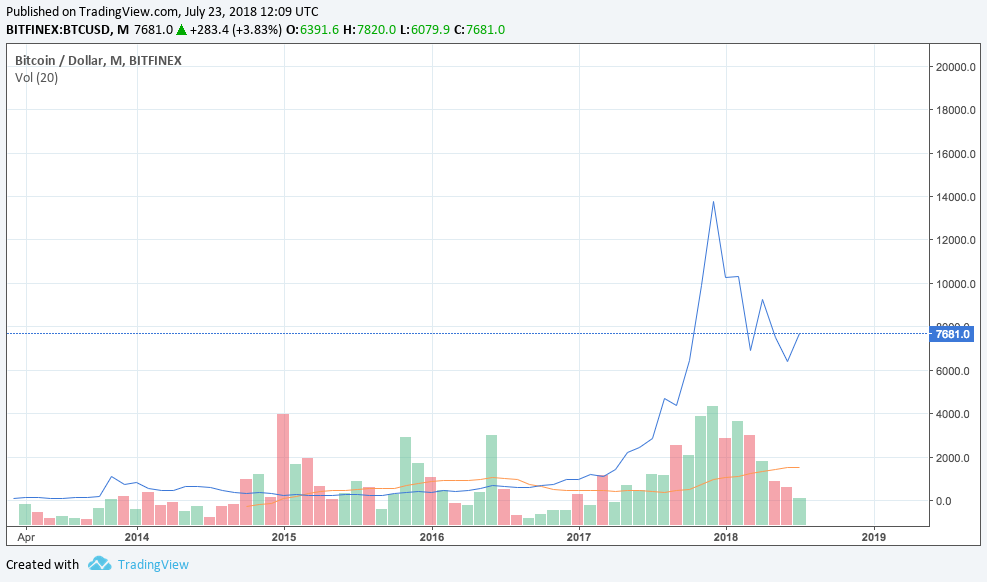 When considering the regulation of Bitcoin, it’s worth taking the time to understand what that actually means. The technology behind Bitcoin, blockchain, is indeed unregulated and has no central authority. Due to the complex nature of the network and the many agents within the blockchain, it would be borderline impossible to regulate this network in any shape or form.

The code behind the blockchain is ultimately a set of rules, which, if one were to be pedantic, would signal some form of regulation. The network is, after all, bound by these rules and, as such, Bitcoin is a practical manifestation of the way these rules can emerge and be altered in the long run. In this sense, there is some regulation underpinning the base of the currency. While the code is not formal legal specialization, it is a way of enforcing the general aspects of the currency.

It is also important to note the distinction between guidance and actual regulation. Ultimately, governments aren’t looking to provide proper regulation given the flexible nature of cryptocurrencies. As the technological aspects of Bitcoin are likely to change and evolve in the near future, governments want to maintain an air of flexibility in dealing with the cryptocurrency. They may not provide a selection of stringent regulations per se but would look to give guidance on how existing technological and financial laws should be applied.

This way,  they can maintain some form of legal control over the crypto markets, but at the same time remain open to the rising tide of changes which is likely to befall the crypto world, without having to pass new laws with every change.

Bitcoin’s Status in the EU

The status of Bitcoin in the European Union has been at the center of attention for some time now. The introduction of stringent regulation in the EU has always been a complicated matter, since member countries all have their own respective laws and regulations which are supposed to work together in tandem.

Currently, no member of the EU has made Bitcoin completely illegal, and the currency can actually be used as legal tender in most of Europe. In recent months, the EU has been exploring options of regulating Bitcoin in an effort to protect both its financial industries and consumers.

This attitude toward Bitcoin seems to stem from the volatile nature of the its value, which complicates the cryptocurrency in the eyes of investors and banks. Numerous governments have already issued warnings for investors and in France, the Deputy Governor of the Banque de France, Jean-Pierre Landau, was appointed to oversee a special mission on cryptocurrencies.

The mission will be “responsible for proposing guidelines on the evolution of regulations.” Landau has since warned that cryptocurrencies must not be regulated and warned of the potential dangers that could arise if they were categorized in the wrong class. Instead of targeting technology, regulation should “address the actors and not the products themselves,” he said.

Despite the fact that governments are looking at ways to regulate the crypto markets, their general approach still leaves much to be desired. The EU’s attitude toward crypto, on advice from the central banks, seems to be one of mistrust and apprehension, with numerous financial experts warning investors that they could lose all their money when investing in crypto. This sentiment is of course true, but is also valid for any other investment that one may choose to make.

The volatility of Bitcoin has often been cited as the factor that would ultimately stop it from becoming an effective currency. This, however, fails to take into account that the reason for the coin’s volatility is its decentralized nature, which is precicesly what allows Bitcoin to be an independent currency and thereby so unique. 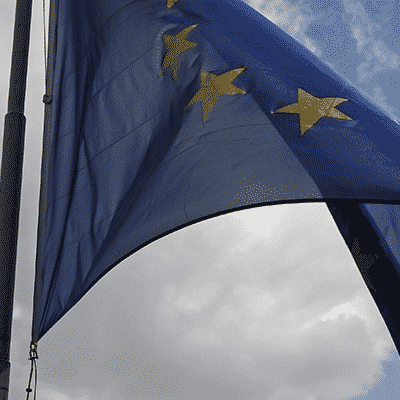 The status of Bitcoin in Asia is perhaps a little bit more complicated in comparison to other jurisdictions in the world. While Asia has become one of the biggest success stories of the crypto-craze, it is also home of a number of cautionary tales. For the purposes of this article, we will focus on two of Asia’s biggest players, both economically and technologically: Japan and China.

Japanese law sees Bitcoin as a way of making payments but does not class it as legal currency. This means that the Japanese government tolerates the currency and sees it as an acceptable means of payments, but still has some reservations towards it.

The fact that there is a specific piece of legislation dealing with cryptocurrency does, however, set the country apart from most other powers around the world. In some ways, the Japanese government is looking to create a template for the regulation of crypto which the whole world can comfortably follow and learn lessons from. The country even looked into creating licensed exchanges which function with the approval of the government.

Despite the open-minded approach of the Japanese government, not everything has been smooth sailing for crypto in Japan. At the beginning of the 2018 one of the country’s biggest exchanges, Coincheck, fell victim to a major hack which resulted in the theft of $530 million worth of NEM tokens.

This came as a major blow, not only to Japan, but to the world of crypto itself and the fall in value of Bitcoin over that period is still echoeing until today. This hack forced the Japanese government to return to the drawing board in terms of legislation concerning Bitcoin and certain measures were taken by the country’s FSA to ensure that all regulations were providing sufficient security.

The issue of Bitcoin’s legal status becomes even more complicated when we look towards China, which have gone as far as issuing a blanket ban on cryptocurrencies within the country.

The Chinese prohibition of cryptocurrencies applies to larger financial institutions, whle private investors are legally allowed to hold Bitcoin within the country. The institutional ban on Bitcoin was rolled out gradually and adjusted as the craze surrounding the cryptocurrency grew.

In early 2017, crypto exchanges came into the crosshairs, and Chinese media began to publish stories about the dangers of cryptocurrencies and how they can be seen as vehicles for illegal activities. Indeed, the fact that Bitcoin has a strong association with the Dark Web is one of the primary reasons why governments have a certain apprehension when approaching cryptocurrency.

China turned up its fight against Bitcoin in early 2018 by looking at ways to clamp down on mining as well. With each announcement of China’s increasing crackdown on the currency, the value of Bitcoin seems to take a tumble. Ultimately, the secretive and harder to monitor nature of cryptocurrency is at odds with the Chinese government’s model of state intervention in economic activities and as such, there seem to be several issues that would need to be resolved. However, given the vast population of the country as well as the size of their economy it will be problematic for Bitcoin if the government continues to oppose it.

In the USA, where countless technology companies are based – the very same companies that would be looking to implement blockchain technology in the future – the regulatory status of Bitcoin is relatively comfortable. The US Treasury took action in 2013 by defining the status of what the cryptocurrency can be in practical terms. It was labelled a decentralised convertible virtual currency, and in 2015 it was re-evaluated as a commodity. This means the currency be taxed as property for the purposes of IRS regulations.

The US has taken its time with regulating cryptos in comparison to countries such as China and it seems the government wants to monitor the development of crypto before taking definite action. Payments in Bitcoin, however, are subject to scrutiny by anti-laundering agencies who seek to stop fraud. Given the somewhat anonymous nature of the cryptocurrency, the government has been struggling to effectively monitor criminal activity or catch criminals using crypto for their crimes. This is certainly an issue the American government looks to tackle in the near future.

The Status of Bitcoin in Africa

The status of Bitcoin in Africa varies greatly from country to country, as some look to embrace it to aid their economies, while others mistrust it a great deal and want to clamp down on cryptocurrency as much as possible. It would therefore be helpful to look at the individual countries’ stances and see how they differ.

Kenya, for example, vehemently opposed the use of any type of cryptocurrencies due to its perceived lack of regulation and danger to the public. Banks in Kenya are advised to deny all transactions in connection to cryptocurrency as the government attempts to limit its use. This practice has had little impact on the desire of Kenyans to use Bitcoin and the government has recently taken a more open-minded approach to the use of blockchain technology for other purposes.

That being said, there are numerous countries in Africa that are open-minded to the implementation of cryptocurrencies within their economy. One of the major players is South Africa, which softened its stance over the last few years, announcing that it will be testing certain cryptocurrencies in an appropriate environment. Currently, the government seems to be exploring options of how best to integrate Bitcoin and other digital currencies into its economy and will perhaps explore ways of how to create a South African digital currency.

South Africa’s northern neighbor Namibia is also looking at ways to use cryptocurrencies for commercial purposes. At the moment, however, the country banned the usage of cryptocurrencies for similar reasons to the Kenyan and Egyptian governments. Despite its careful approach to crypto, Namibia sees potential for commercial applications of blockchain technology and as such is keeping an open-mind towards crypto in the future.