This article was written by Marcello de Mello, partner at Nobiletec.

While AR works by blending digital information with the physical world, allowing users to experience changes in the real world, VR can completely immerse the user in a manufactured environment that depicts actual places or even imaginary worlds.

These technologies are the next step towards the eager search for simpler user interaction. AR and VR can provide natural modes of interaction, such as gestures, postures, and even mood, driving our attention to ourselves or to the world (real or simulated) around us.

The areas of communication and collaboration, training and simulation, and field and customer service will be hugely affected by AR and VR technologies, as they are already reinventing employee and customer experiences.

The internet of things (IoT)

The process of embedding homes, wearables, cars, and a huge number of other devices with software, sensors, and connectivity.

As the IoT grows, so grows the volume of data it generates. That is why the IoT is such a strategical model. It can help organizations to know their customers, products and market, allowing them to translate their digital data into insights that could be used to develop new products, services, processes and business models. 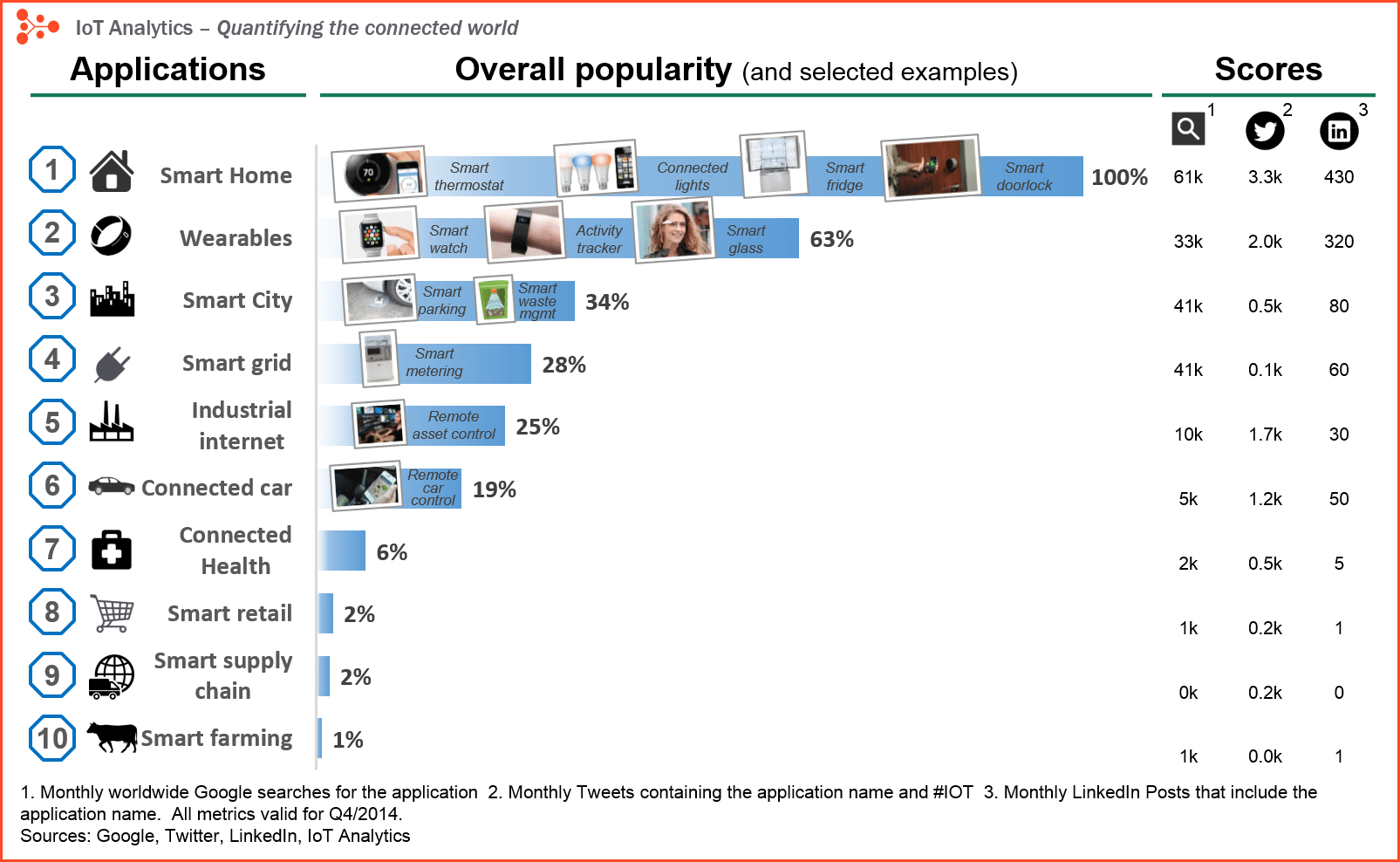 Per Don and Alex Tapscott, authors of Blockchain Revolution (2016): “The blockchain is an incorruptible digital ledger of economic transactions that can be programmed to record not just financial transactions but virtually everything of value.”

It was designed to implement the digital currency Bitcoin, so it could use a global network of computers to manage the database that stores Bitcoin transactions. However, within a very short period, people realized that a technology that allows data to be distributed but not copied could be used to change the way business is done in several areas.

What makes blockchain unique is that it keeps the records public and easy verifiable, hosted by millions of computers, without a central information storage for a hacker to corrupt.  This is the same as saying that it operates as a peer-to-peer network, but every peer (node) is also an administrator of the blockchain.

By being distributed among several nodes, it ensures that data will not be controlled by just a single entity and it makes this data fail-proof. This distribution of data validates itself transparently, like a living self-auditing system. It would take such an amount of computational power to override the whole network that it is unlikely to happen.

Many other potential adaptations of the original blockchain concept are current in development. We are seeing an increasingly number of companies, across several industries, turning their attention to blockchain and trying to explore business opportunities and disrupt existing business models.

Share this article
Tags: blockchain / Community / Internet Of Things
Got a news tip? Let Us Know