Israel is moving to ban Israeli firms from marketing binary options abroad. Foreign exchange brokers with an Israeli license will not be allowed to offer FX or onboard clients of foreign countries if they don’t hold a license in those countries, according to a draft of the law obtained by Finance Magnates.

In addition, the Israeli Securities Authority (ISA) will include the ban on marketing binary options to Israelis, which has been in effect from March of last year as an ISA temporary order. The Treasury Minister will be given the power to ban additional products as he sees fit. The penalties for violators of the law include jail time of up to 2 years.

This follows the meeting held by the Israeli parliament’s State Control Committee in early January of this year, where members of the Knesset and the ISA discussed the matter. The new law is to be presented at a meeting on Tuesday, February 28th.

The ISA explains in the draft the factors that caused these moves against binary options providers. From March 2016 Israeli binary options providers have been banned from offering their products to locals, but they were still allowed to offer them abroad. This led to international complaints submitted to the Israeli authorities claiming both losses and allegations of criminal activities.

The move is also thought to be an attack on offshore jurisdictions which offer cheap licenses to international firms and as such tend to attract fraudulent entities.

“This phenomenon gained ground and darkened Israel’s image in the world in general and the Israeli market in particular,” says the draft. Finance Magnates has reached out to the ISA and we will update this article when a comment is received.

According to an analysis conducted by Finance Magnates last year, the binary options industry contributes over 1.25 billion USD to the Israeli economy yearly, and employs approximately 5,000 people. 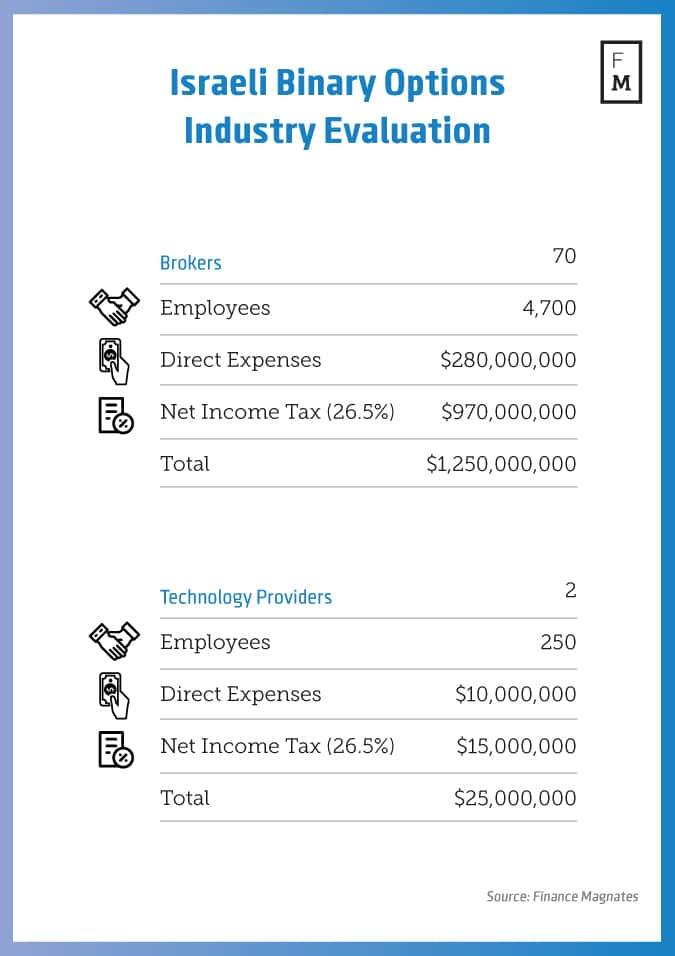 With this new law, keeping the activities open in Israel, would be pretty much be a useless endeavor. I would imagine, smart business owners are already making contingency plans to move over to greener pastures.

The binary product is a gaming tool and not a trading tool. Regulators are coming to this understanding as they should. It’s likely that those companies that continue promoting the binary product as an investing or trading tool will lose some of all of their profits through fines.

Real options are a vital part of trading and risk management strategies for serious traders – and yet can be amply profitable for the brokers to offer.