Despite the persistent struggles, Twitter has made it clear that a change in the way users view content on the site was necessary. Taking some notes from the O:FB strategy by Facebook, Twitter has now decided to reverse the chronological order it uses to an algorithmic one that will be used to sort content based on an individual’s interest and relevance.

Whereas this makes sense in a theoretical aspect, outraged faithful from Twitter started the #RIPTwitter movement. As a result of that, CEO of Twitter Jack Dorsey reassured users that Twitter is always listening to user feedback, but it still went ahead with its rollout of the algorithmic timeline early today.

The major problem with Twitter is reluctance to invest in mega-product development initiatives. As a media company Twitter is expected to grow its user base consistently by offering fresh and more innovative product changes. Recently, Twitter launched “Moments”, a knockoff of “Stories” by Snapchat, that wound up many irking users and investors. Twitter is now attempting to use the algorithmic timeline that has received a huge backlash already. If Twitter does not invest and resolve into a social media company like Facebook, financial markets may be unkind to the company in terms of share prices.

As a matter of fact, Twitter retains advertising as its primary source of revenue. For a long time, the company has not diversified its revenue streams through strategic partnerships, acquisitions, or diversification of revenue streams. On the contrary, Facebook has improved its revenue base by acquiring WhatsApp, Instagram, and Oculus Rift, which have driven user engagement and spurred Facebook to higher levels of growth.

Currently, Twitter has not made any significant acquisitions as successful as those of Facebook. However, if the advertising element takes a more creative and innovative approach, Twitter may become even more valuable as a company. 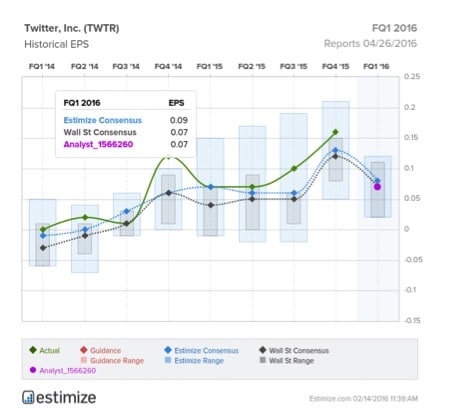 Data for adjusted earnings that came in was slightly better than expected through the earnings report on Wednesday because investors were more concerned about the ability of Twitter to attract more users. Just like the previous quarter, Twitter still reported 320 million active users. This flat growth rate sparked an initial sell-off in the company’s stock that was partially reversed even as the conference calls continued. 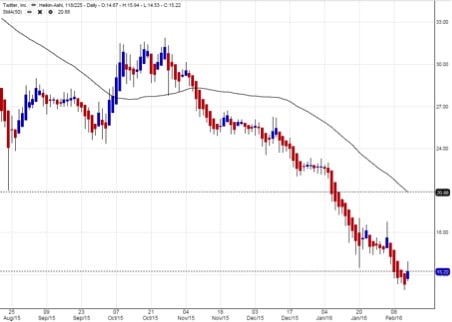 Twitter has failed to meet the revenue expectations that seemed quite possible after a myriad of other advertising companies such as Yahoo, Facebook, and Google beat their revenue expectations in last year’s fourth quarter. The $710 million revenue reported by the company was on target with the consensus revenue but the quarter’s revenue outlook was much lower than expected. 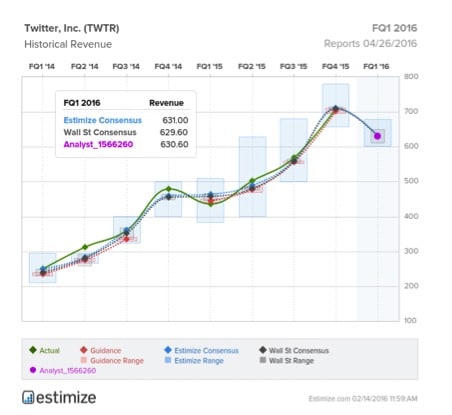 Dorsey, who returned to the company in October, was not able to calm fears from investors. When he was asked how he splits his time between Square Inc., the mobile payments company he founded and Twitter, Dorsey said that he has a committed schedule. He added that his highest priority at Twitter is recruitment; which is an indirect admission that the company has been hurt by the recent departure of three top executives.

One compelling reason to believe in Twitter is that it is quite valuable as a tool for communication. Breaking news is often released through Twitter first, and prominent personalities like Donald Trump and Kim Kardashian use the network just the same way people used personal blogs about 10 years ago. Even though there are a number of challenges to the platform’s monetization, there is no doubt as to whether Twitter is a valuable source of timely information. The timeliness and convenience in receiving news is the leading value proposition for the company to its advertisers, investors, and consumers.