Photo: Currency traders work in front of a monitor displaying the exchange rate of the yen against the U.S. dollar, Photo: Bloomberg
Share this article

After a modest rebound in May, the June binary options figures have been further rebounding in Japan. This is happening despite a marginally declining number of  binary options traders of in the land of the rising sun. According to the latest data published by the Financial Futures Association of Japan (FFAJ), the volume of binary options contracts for the month totaled ¥44.1 billion ($358 million).

Looking at account numbers the figures are steady, with a modest decline in active accounts to 14,100, which is a net loss of 127 accounts. 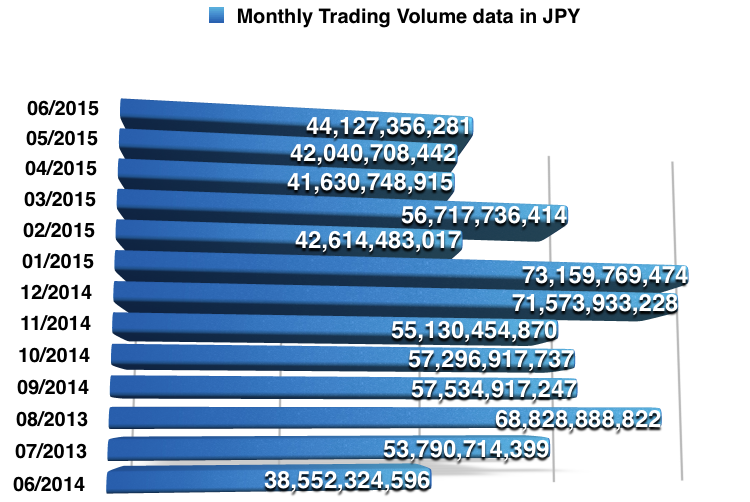 With the summer months usually subdued in terms of trading volumes, the foreign exchange market volatility is also on the decline despite the Greek default saga and the unfolding of the Chinese stock market in recent weeks.

Binary options traders in Japan have been paid out a net of ¥19.4 billion ($194 million). The final revenues for the Japanese industry may be calculated if the total payouts are subtracted from the monthly volume figures. This leaves the 8 binary options operators with a total of ¥24.7 billion ($200 million).

The figures above only track the entire regulated binary options business in Japan. A minimum expiration time of 2 hours has been introduced by Japanese authorities on top of a so-called ladder option structure, where users choose a predefined expiration rate instead of the market price.