The passing year of the monkey has been a very challenging one on many fronts for the retail intermediary business.

Starting with the Brexit black swan and the regulatory hardships in Europe and ending on a positive note with the election of Donald Trump and hopes about the US market, the trading industry has both positives and negatives on the year’s scale.

In contrast, the binary options branch of the industry has had its worst year on record. Regardless of the monetary gains that some companies made, their prospects for the future have become dim.

Regulators have cracked up pressure on licensed firms and new unregulated brands have been growing like mushrooms. The industry is returning to the wild west and is refocusing its efforts on different areas of the world.

The Cyprus Securities and Exchange Commission (CySEC) is one of the few regulators that have accepted binary options as a financial product. The Cypriot watchdog has introduced stricter requirements for brokerages offering the product. In addition, fines and stricter supervision have become the norm in Cyprus.

The lax regulatory approach of CySEC has caused myriad problems for the industry, with a number of regulated brokerages in binary options and foreign exchange failing to honor withdrawal requests. The French regulator published the results of a ‘mystery shopper’ study in 2015, showing that a large number of brokerages regulated in Cyprus are refusing to send winnings and deposits back to their clients. 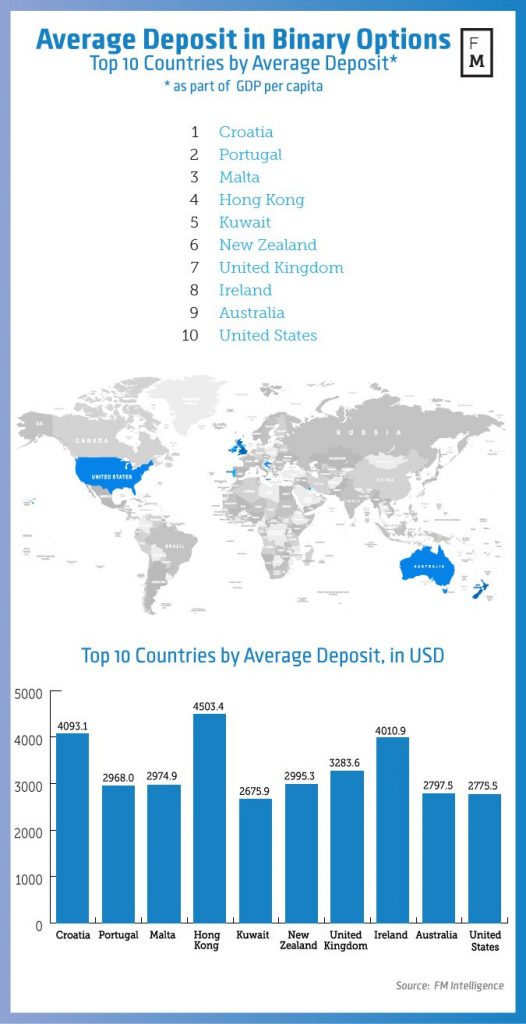 After CySEC announced some changes to the design of binary options platforms, some brokerages have started losing traction. The new, stricter regulations have led to an outflow of clients – the restrictions on hot sales tactics, bonus limitations, stricter record-keeping and additional transparency requirements have made a big impact.

Several big companies have laid off a lot of staff after the restrictions started to pile up. The Cypriot regulator has been pressured by the European Securities Markets Authority (ESMA) to get its house in order and as recent reports about the handling of the IronFX situation revealed, the pressure might well have been too little, too late.

The IronFX story has encouraged a number of companies from the island to behave irresponsibly, since they saw that moral hazard is not an issue for the local regulator. CySEC has failed to adequately supervise the industry for years and the end result is that it now might be over-regulating the product.

With the rise of unregulated brokers and the dismal record of a number of companies from the binary options industry in repaying their clients their winnings, innovation could be the key going forward.

Several companies have come up with new products with platform providers focusing in two main directions – one is exchanges, the other is a shift towards gaming.

Exchange traded binary options closely resemble the products offered in Japan and in the United States. The main difficulty for this new trend in dominating the market is… well, marketing. The product is not as simple as a put and call option and customers will need to go through a learning curve in order to better understand how to trade.

The main difficulty for this new trend in dominating the market is… well, marketing

While companies that offer binary options don’t have the ability to push aggressive sales and solicit deposits over the phone, firms will need to maintain solid customer service staff in order to be able to adequately explain their product to the clients.

Automation in customer retention has also gathered steam throughout the year, both on the retail and on the binary options side. With call centers becoming a thing of the past, data mining and pop-up messages are rapidly becoming the next big thing on this front.

Another trend is the introduction of platforms that are more fun – instead of being marketed as investment products, some binary options operators are focusing on the game aspect of the products. Why make people deposit big sums of money and make them dream about a new house, when instead the much more realistic prospect of a gaming product could attract many small depositors.

This business model will hinge on reducing the costs of client acquisition to a level that can justify the effort of building and maintaining a platform and a brokerage. With all cards on the table, with no illusions sold, this business model may well have a brighter future.

European restrictions on binary options trading are to make it more difficult for companies to make money from European clients. While the hot sales tactics have been forbidden for European residents, the brokers that are aggressively targeting clients in Africa, Asia and South America could well be thriving.

With the restrictions in developed markets, sales in emerging markets are starting to gather a lot of speed. Those who have been adaptive and aggressive enough in diversifying their market exposure to Europe are already enjoying good results. On the other hand, those who have chosen to narrow their focus to the European market and commit money to sponsorship deals, might find their investments useless.

An advertisement ban in France is looming and daily regulatory warnings about binary options brokerages have become the norm. The industry has failed to self-regulate and the consequences for the European market can be dire.

‘Make it or break it year’

Next year can become the ‘make it or break it year’ for binary options businesses. Any bigger push towards the wild west type of operations is surely to impact the industry even more and ultimately destroy the few bits of reputation that some companies have.

With ‘binary’ and ‘forex’ becoming dirty words, we are seeing a shift away from those terms. Brokers that offer foreign exchange trading and CFDs are changing their names and rebranding in order to address the issue. Let’s hope that binary options brokers and tech providers can neatly make this industry better and more honorable, a big step forward if the product is to survive.

Just shutting down an innovative industry due to lack of regulation is totally uncalled for. The binary options industry is no different from the regular retail forex, just that it gets more of a bad name.