Nikkei 225 – Why Next Week Looks So Important For the Nikkei 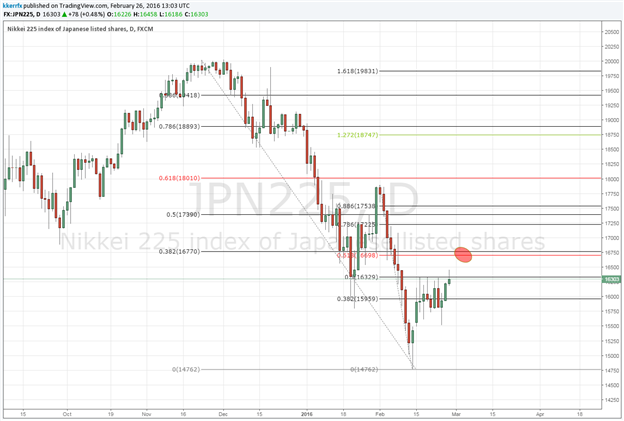 Heading into turn windows, I am usually looking to fade the prevailing short-term trend. In this case (assuming it continues for a few more days) that would suggest the index is vulnerable to putting in some sort of high next week. Using Fibonacci on price, an idealized zone of resistance looks to be between 16,700 and 16,780 as this marks a nice convergence of the 61.8% retracement of the February range and the 38% retracement of the November – February decline. Should we see aggressive strength into next week then the next level to watch for a potential adverse reaction would be in the 17,050 – 17,200 area. Of course, the curve ball to my thinking would be if the index turns down now and we get a decent decline into the turn window next week. In this case, I would be looking for a secondary low of some sort between 15,600 and the February low. This is not the favored scenario.