Parameters by which institutional FX firms operate in different regions are becoming increasingly standardized, with the United States’ government having spent last year ensuring companies operating on American soil had embraced the concept of processing OTC derivatives trades via central counterparties as part of the Dodd-Frank Act’s remit in creating greater transparency regarding the method by which business is conducted. 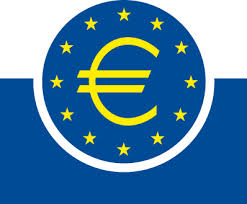 Whilst American companies have already put this in place due to the full regulatory obligations having been finalized last year, with post-trade processing firms providing an entire infrastructure for this purpose, their European counterparts are embarking on a similar process, in accordance with the European Market Infrastructure Regulation (EMIR) which is beginning to be set into force by the European Parliament.

Today, Beniot Coeure, Member of the Executive Board of the European Central Bank, has divulged the full content of the airing of his views which took place during a policy panel last Thursday, organized by the Office of Financial Research and Financial Stability Oversight Council in Washington DC, by providing the information to the Bank for International Settlements, which subsequently published it in full.

Mr. Coeure began by explaining that, “Central Counterparties (CCPs) play a key role in the financial markets by managing and structuring a complex web of counterparty risk. As such, risks in CCPs are of interest to CCPs themselves, their clearing members and the regulators who supervise them.

What I would like to do in my brief introductory remarks is therefore not only to focus on the risks in CCPs, but also and importantly on the risk of  CCPs.”

He then emphasized to the panel that, “The growing importance of CCPs certainly brings a number of important benefits that alternative bilateral arrangements could not do to the same extent. However, the rise of central clearing may also be accompanied by some unintended side effects that need to be addressed.”

“With the forthcoming implementation of the central clearing requirement for standardized OTC derivatives contracts,” continued Mr. Coeure, “The volume of transactions cleared by a CCP will rise significantly also in that market segment over the coming years.”

Mr. Coeure then referred to a recent extrapolation of statistics on the matter, confirming that, “A recent quantitative impact study run by the Working Group on Margining Requirements of the Basel Committee on Banking Supervision (BCBS) and the International Organization of Securities Commissions (IOSCO) estimated that the global volume of centrally cleared OTC derivatives could rise from a notional value of $142.7 trillion, or around 28% of OTC derivatives traded, to $268 trillion after migration to the clearing requirement, or 53% of OTC derivatives traded. All these figures quite forcefully demonstrate the increasing systemic importance of CCPs.”

“A factor contributing to this concentration may be higher compliance burdens, where only the very largest of firms are capable of taking on cross-border activity. This concentration creates a higher degree of dependency on this small group of firms.”

In criticism of the existence of just a handful of firms in this sector, Mr. Coeure stated that, “There are also concerns about client access to this limited number of firms offering client clearing services. For example, there is some evidence of clearing firms “cherry picking” clients, while other end-users are commercially unattractive customers and hence unable to access centrally cleared markets.”

With regard to the potentially hazardous aspects of channeling order flow through CCPs, Mr. Coeure advised the panel that cautionary steps should be considered by market participants, citing regulatory reform as not only a contributing factor toward sustainability, but also a potential bugbear.

He explained in detail five matters to bear in mind relating to this matter, “First of all,  and perhaps most obviously, the growing reliance and importance of CCPs calls for higher risk management standards, which has led to the revision of the CPSS-IOSCO Principles for financial market infrastructures, specifying a number of new and/or more demanding requirements for CCPs.

A second matter is that it is essential that the financial institutions that participate in and rely on CCPs are able to conduct effective due diligence to understand the risks they face as members and take appropriate steps to mitigate those risks. It is very welcome therefore that the Payments Risk Committee issued last year their “Recommendations for Supporting Clearing Member Due Diligence of Central Counterparties”, which complement CPSS-IOSCO new quantitative disclosure requirements. It is also important that banks are subject to strict capital and liquidity requirements on their exposures to CCPs, while at the same time preserving the incentives for central clearing.”

“Third, given the dramatic consequences that a CCP default would have for financial stability, it is vital that there are robust recovery and resolution regimes for CCPs. The CPSS-IOSCO and Financial Stability Board (FSB) have made good progress to that end,” continued Mr. Coeure, leading him onto the fourth point, about which he explained that, “It is important to react swiftly to any structural developments that may cause systemic disruption. The FSB and the standard-setting bodies, in particular the CPSS, continuously monitor any such developments to that end.”

“Finally,” added Mr. Coeure,”I would not exclude that there could be a need for further adaptations and guidance on some selected regulatory requirements for CCPs if needed to ensure cross-border consistency in regulation. In addition to the recognition processes by individual jurisdictions, the ongoing monitoring by the CPSS-IOSCO of the implementation of the Principles for financial market infrastructures provides an opportunity to identify possible inconsistencies at a global level.”

During his conclusion, Mr. Coeure stated that he understands the efforts being made to facilitate an international standardization of regulatory parameters, he signed off by explaining to the panel that, ” It strikes me however that further efforts are needed to be able to cope with CCP default, to address risks associated with changes in market structures, and to remove cross-border differences in regulation where needed.