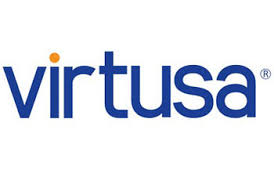 If the last few months of 2013 can be remembered as having been notable for the merger and acquisition activity which took place within the retail FX industry, the new year has begun with an institutional acquisition which has been confirmed by an announcement today from IT outsourcing and systems delivery company Virtusa, that it has bought Swedish TradeTech Consulting.

As a North American firm, Virtusa is able to expand its footprint into Europe via the acquisition of TradeTech Consulting, a company which provides outsourcing and consulting to the financial services sector, encompassing banks, FX trading desks and financial institutions among other entities.

Under the terms of the share purchase agreement, Virtusa acquired all the outstanding shares of TradeTech for approximately $20.0 million in cash, as well as up to approximately $4.0 million in earn-out consideration upon TradeTech’s achievement of certain revenue and profit milestones for the calendar year 2014. Virtusa has agreed to issue an aggregate of up to $2.0 million in deferred restricted stock awards from Virtusa’s stock option and incentive plan, not to exceed 65,000 shares, to certain of these new Virtusa employees. The shares will vest annually over a five-year period.

From an economic perspective, estimations have been made by Virtusa as to its targets post-acquisition, detailing that for the fourth quarter of Virtusa’s fiscal year 2014 ending March 31, 2014, Virtusa management currently expects TradeTech to contribute revenue of approximately $4.2 million and to be neutral to Virtusa’s earnings per share on a U.S. GAAP basis inclusive of approximately $800,000 in acquisition related amortization. On an EBITDA basis, Virtusa currently expects the transaction to be slightly accretive for the fourth quarter of fiscal year 2014.

Virtusa management currently expects the TradeTech acquisition to be slightly accretive to U.S. GAAP earnings per share for fiscal year 2015.

According to a corporate statement released by Virtusa yesterday, the acquisition expands Virtusa’s leading position within the banking, financial services and insurance industries by increasing its asset management and treasury services domain and technology expertise.

Virtusa anticipates that with the addition of TradeTech to its corporate armory, the firm is now able to leverage these complementary capabilities across its global client base, enabling Virtusa to offer a broader set of services to existing and new clients.

As is often the case in modern times, this particular acquisition has been funded by a financial institution rather than Virtusa itself from its own funds, via a $25 million secured revolving credit facility with JP Morgan Chase Bank.

Kris Canekeratne, chairman and CEO of Virtusa today explained in a public statement that,  “We are pleased to welcome Joakim Wiener, the TradeTech team members, and their clients to Virtusa. The complementary expertise that TradeTech delivers will help increase our total addressable market and provide our combined client base with expanded service offerings. In addition, this acquisition is an important step in establishing Virtusa in the Nordic countries and providing a broad set of best-in-class consulting and outsourcing service to this region.”

Joakim Wiener, CEO of TradeTech made a statement on behalf of his firm today that “We are pleased to join the Virtusa team and believe this is a tremendous opportunity to extend our services globally. We share a common culture based on a commitment to innovation and service excellence that will help our combined clients accelerate their business outcomes.”