The British interdealer broker ICAP has released today its average daily trading volumes for the month of November, 2013. The total electronic trading volume in November for ICAP was $674 billion, just $1 billion less than October this year and 1% less than November 2012.

In FX,  after suffering through multi-year low volumes in October, ICAP’s OTC ECN platform, EBS, saw slight improvements in November. During the month, average daily volumes were $79.5 billion, 3% above October’s figures, but 23% below the same period last year. The growth stems from strong volumes in the beginning of the month when during periods of peak volatility after US employment figures and the ECB meeting, EBS was seeing volumes above $100 billion. As a venue with typically wider spreads, but deeper liquidity, EBS volumes are highly leveraged to volatility in the Euro and Japanese yen.

Overall though, it has become apparent that EBS’s best days of a public OTC FX ECN are behind it, with the company shifting its focus to customized liquidity aggregation. Currently, its main efforts in this direction lies with its public launching of EBS Direct last month. Created to work side-by-side with EBS Markets (the new name for the ECN platform), EBS Direct is the firm’s new relationship-based liquidity platform. Similar to FXall, EBS Direct allows users to stream both public and private liquidity pricing within one platform. The move towards concentrating on aggregation and liquidity customization comes after the firm launched an initiative of industry-wide guidelines, as well as acquiring liquidity consulting firm, ClientKnowledge, last December. The future direction was also seen during last month’s London Summit during the FX Technology Panel, where EBS CTO, Viral Tolat participated. When discussing technical difficulties of retail order flow, such as managed accounts and social trading, Tolat was quick to mention his firm’s involvement in this space and the necessities of customized technology to handle these types of trades as they get passed onto a broker’s liquidity partners. 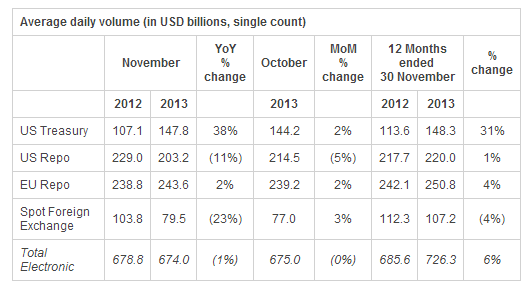