A lawsuit that was brought against Barclays and a number of exchanges, in which investors accused the companies of unlawfully advantaging high frequency traders (HFT) by essentially providing them with faster data feeds, has been dismissed by U.S. District Court Judge Jesse Furman in Manhattan. 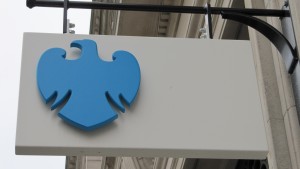 However, noting that the defendants are self-regulating organisations, Judge Furman determined on Wednesday that the accused were “immune”; that the companies’ actions did not meet the definition of “manipulative acts”, nor could those actions have affected the price at which securities traded in the dark pool.

We are pleased with the court’s thorough and well-reasoned decision dismissing all the allegations in the complaints.

The decision may embolden Barclays, which copped a $2.4 billion fine in May for manipulating foreign exchange rates, and is also defending a similar case brought against it by New York Attorney General Eric Schneiderman.

In a statement, the bank said that it was “pleased with the court’s thorough and well-reasoned decision dismissing all the allegations in the complaints . . . and concluding that the plaintiffs were unable to identify any materially false or misleading statements by Barclays”.

While a lawyer representing several pension fund plaintiffs, Patrick Coughlin, said: “We’re disappointed that the judge thought the exchanges deserved immunity as to complex order types. The way they were implemented disadvantaged our clients. We will review the opinion and determine whether to appeal.”

These questions are not for the courts but for commentators, private and semi-public entities and the political branches of government.

However, the industry’s reputation has rebounded somewhat since then, which will only be reinforced by Judge Furman’s decision. In February, the Bank of England also highlighted the fact that HFT firms provide liquidity and efficiency in markets.

Commenting on the questionable practices by both HFT traders and allegedly complicit trading venues, Judge Furman accepted that “Lewis and the critics of HFT may be right in arguing that it serves no productive purpose and merely allows certain traders to exploit technological inefficiencies in the markets at the expense of other traders.”

However, he added that “these questions are not for the courts but for commentators, private and semi-public entities (including stock exchanges) and the political branches of government”.