One of the biggest South African brokers, ACM Gold and Forex Trading (ACM), has taken a hit to its reputation and business with the provisional withdrawal of its trading license by the Financial Services Board (FSB) after a number of its clients and introducing brokers (IB) have come under scrutiny. 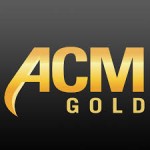 Most notably, the broker has been associated with Pastor Colin Davids’ Platinum Forex, which, in a joint operation with the Western Cape Asset Forfeiture Unit, FSB, the Hawks and the Financial Intelligence Centre, had its assets frozen due to allegedly running a multi-million rand Ponzi scheme.

Platinum Forex solicited investor money for an apparent Managed Fund, despite not being a registered financial services provider as per South African law. After accepting deposits to the tune of R100 million, Mr. Davids promised to provide investors with returns of up to 84% by trading the funds on the forex market.

Alas, court papers reveal that the deposits were siphoned off to fund his lifestyle, pay other investors, and the balance deposited into short-term investment accounts – some of which were with ACM, according to FSB financial advisory and intermediary services compliance head, Manasse Malimabe.

South Africa’s FSB has also issued a warning against another one of ACM’s IBs, Go Direct Stock Market Investments, for freezing client funds and not delivering promised returns.

ACM Gold had to ensure that any person who trades clients’ money on its platform is authorised.

According to South African legislation, ACM has a responsibility to ensure the full compliance of all of its traders and IBs. The dodgy dealings of both Platinum Forex and Go Direct clearly shed doubt on whether the firm has fulfilled its obligations.

“A person trading clients’ investments is required to be (an) authorised financial services provider,” said Mr. Malimabe to BusinessDay Live.

Mr. Malimabe adds, “ACM Gold, as a financial services provider that offered a trading platform, had to ensure that any person who trades clients’ money on its platform is authorised. Neither Platinum Forex nor Colin Davids are authorised.”

Finance Magnates reached out to ACM for a comment. The broker reiterated that the company had a relationship with Mr. Davids in a personal capacity, not with Platinum Forex, declining to provide further details until feedback from the FSB’s investigation is received.

We were certainly not aware of any Ponzi-type activity, and would never endorse it.

ACM Gold spokeswoman Robyn Francis said, “We were certainly not aware of any Ponzi-type activity, and would never endorse it.

We believe that by working with the FSB we will achieve resolution and regain our position in the market. In the interim, existing clients have access to their accounts and all funds remain secure.”

Finance Magnates will continue to investigate this curious story and provide updates.

They cannot claim that the existing clients funds are secure when i am an existing client and the funds I deposited before their license was withdrawn have not been allocated to my trading account.

Hi Anonymous.
Please email me directly so I can look into this further – robyn@acmgold.com

So someone could invest money into a business without thorough research and investigation. Well I am not moved by those who claim to be Pastors because as a church secretary on whose table church budgets pass through, I have seen ministers padding budgets to wet and sustain their lifestyle and when I complained, nothing came out of it. Is the Pastor going to refund all the money, where will he get the already spent part to repay. ACM Gold is my broker just as I was about to deposit fund to start trading live, I decided to look through a… Read more »

Well, Doom has also happened to us people of Swaziland, as we have been defrauded almost 8 million by one of ACM IBs and Swane Bethusile Mabuza and her husband Thulane Silvestor Mabuza, which were mostly Pensions, The husband targeted from the company he was working for UBOMBO SUGAR (ILLOVO) He befriended the one employee and forced him to retire because of this one golden opportunity, two months later his money was all gone with not even his job this time. When he tried to communicate with them the CEO came to SWAZILD and told the employee he was interested… Read more »