One of the key utilities to the foreign exchange market participants, CLS Group (CLS), has just reported its settlement service and aggregation service input data for October 2016. The monthly volumes and values are down slightly from CLS’ data for September 2016 which was one of the strongest this year with expectations of a upcoming rate hike by the U.S. Federal Reserve increasing throughout. 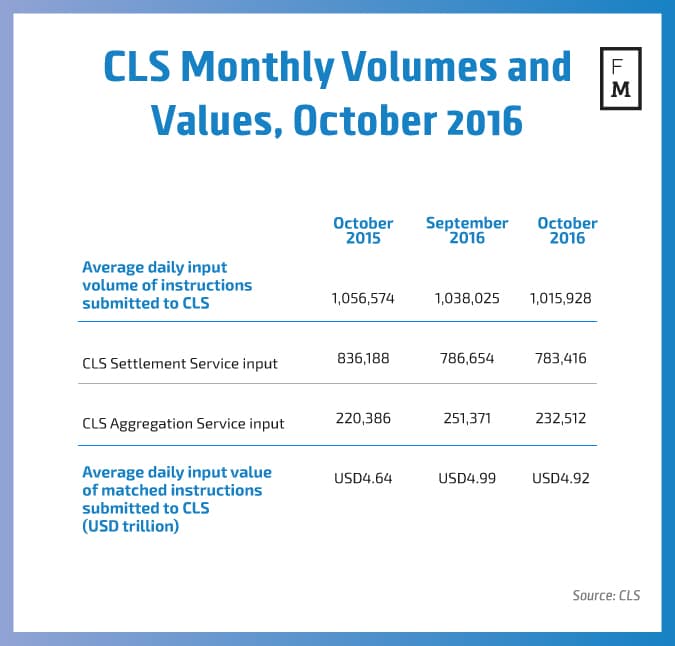 Next month we might expect to see a rebound in the metrics as earlier this month CLS reported witnessing extreme levels of FX trading activity during the announcement of the US election results. The CLS data shows particular spikes in activity between 02:00 – 03:00 GMT when the results for key battleground states were announced. Input volumes were 7 times normal levels for that hour. The largest increase in currency pair activity was the US dollar traded against the Mexican peso (USD/MXN), 63 times normal levels for that hour.

Earlier this month CLS also announced that the company will be launching a brand new market infrastructure interface. The solution has been developed in close cooperation with the company’s clients in order to mitigate the legacy issues which have been an infrastructure challenge to many outdated systems.

Share this article
Tags: cls
Got a news tip? Let Us Know