After the slowdown in July, the FX markets experienced a noticeable uptick during August. At the CME Group, average daily volumes (ADV) of combined futures and options were 888,599 contracts, 27.4% above July’s trading. The ADV calculated to notional value of $91 billion. Overall for the month, over 18.66 million FX contracts were traded. The uptick in FX trading activity marked the highest monthly ADV for the CME Group since March.

(Note: Finance Magnates uses a 23 day trading month for July compared to the CME’s officially stated figures of 22 days. The discrepancy is based on including the July 4th trading session which most FX venues include in calculating their ADV)

As seen in the data above, August trading of yen futures contracts rose over 50% from July. The increase in yen volumes occurred as the currency became a safe haven during the late August stock market crash and ensuing volatility. As a result, between August 19th and 26th, the USD/JPY fell from above 124.00 to a low of nearly 116.00 on some venues, before rebounding back to 121.00 by the end of the month. 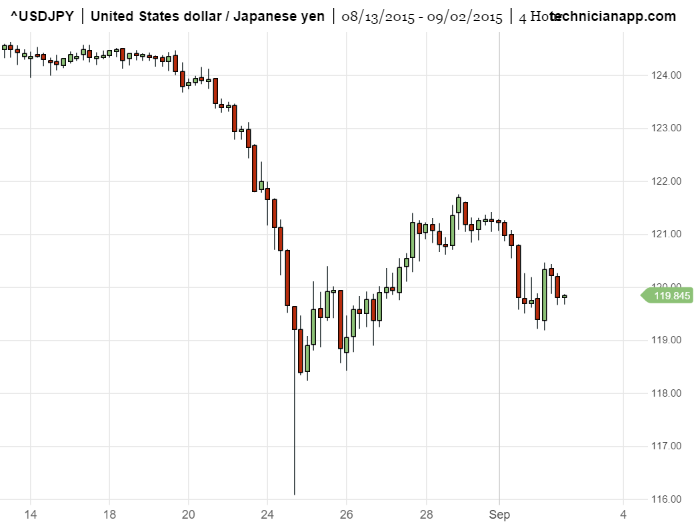 Among other individual currencies, the euro and British pound also saw double digit increases in futures volumes traded as overall multi-asset volatility increased during August. Also worth noting was the underperforming of the commodity currencies, led by a decline in New Zealand Dollar (Kiwi) trading. The lack of notable interest in the currencies occurred as Metals and Commodities were the weakest products at the CME during August.