During the month, total average daily volumes (ADV) of FX products was $377 billion. Of that, $123 billion was FX spot volume compared to $254 billion for other products. At $123 billion, FX spot trading was at its highest level since March 2015 and was a 35.2% increase from December 2015’s $91 billion figure. Overall volumes of $377 billion increased 11.9% from December 2015 and were at the highest level since $402 billion was achieved in March of last year (see chart below). 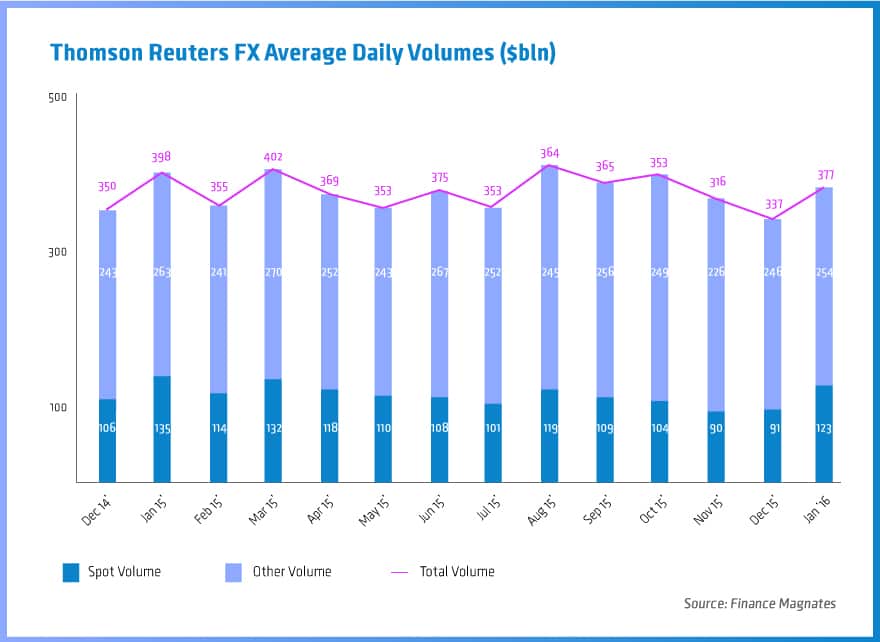 The increase in spot trading followed similar reports from other FX platforms disclosing results publicly such as Hostspot and EBS. Boosting results in January had been an increase in currency activity due to falling global equity and commodity prices which had triggered abnormal intraday volatility in an array of currencies such as the Japanese yen and Russian ruble. As one of the largest venues of available market depth for spot FX and Asian NDFs, the trading moves directly benefited volumes on Thomsom Reuters platforms.