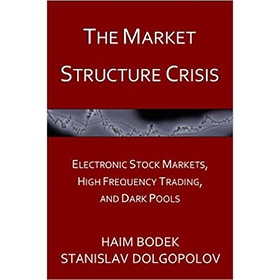 The dismissal of the City of Providence v. BATS class action lawsuit[1] serves as a landmark in the market structure conundrum. After all, this lawsuit targeted almost every securities exchange in the equities space, contained grave allegations of securities fraud, and demanded radical structural changes for the architecture of securities markets. While the lawsuit’s dismissal is currently being appealed and similar allegations may still be reanimated or repackaged in some form, the federal district court’s decision is seen as a big win for securities exchanges and HFTs. If this decision stands on appeal, it would look like a decisive victory for these constituencies on the legal issues of the immunity shield afforded to securities exchanges and the lack of demonstrated harm to investors stemming from a range of widespread practices. At the same time, the securities industry may just find itself fighting in Round Two.

successful lawsuits are likely to focus on deficient disclosure rather than the essence of “unfair” practices, with the latter being more appropriate for market reform rather than liability

The initial version of this lawsuit was filed just weeks after the release of Flash Boys by Michael Lewis in March of 2014.[2] Although a lawsuit with very similar allegations could have been brought on the basis of a variety of public sources well before the book’s release, the publicity surrounding Flash Boys certainly served as a catalyst. Not surprisingly, the term “Flash Boys Lawsuit” entered into the narrative of the market structure debate, and the initial complaint did in fact rely heavily on the book, quoting various passages and utilizing the taxonomy of alleged abuses, such as “electronic front-running,” “rebate arbitrage,” and “slow-market arbitrage.”[3] The complaint was subsequently amended, limiting the broad scope of its initial allegations and zeroing in on the leading equities exchanges and Barclays’ dark pool.[4] Furthermore, the amended complaint expanded its coverage of the so-called “order type controversy,” frequently citing the arguments developed by Mr. Bodek in his critique of HFT order types.

Judge Jesse M. Furman dismissed the Flash Boys Lawsuit in its entirety on August 26, 2015, while bundling it with an additional lawsuit against Barclays based on state law claims. Overall, the court held that the securities exchanges were protected from private lawsuits by the doctrine of regulatory immunity afforded to these trading venues under the Securities Exchange Act of 1934, which the court applied to private data feeds and complex order types. Even more importantly, the court essentially ruled on the merits from the standpoint of investor harm, concluding that that no valid claim had been articulated. At the same time, the ruling left room for the continuing public debate about the phenomenon of HFT as a market reform issue: “[T]he Court’s task in deciding the present motions was not to wade into the larger public debate about HFT that was sparked by Michael Lewis’s book Flash Boys. Lewis and the critics of HFT may be right in arguing that it serves no productive purpose and merely allows certain traders to exploit technological inefficiencies in the markets at the expense of other traders.”[5]

On the other hand, private lawsuits are still likely to play an important role in challenging industry practices that disadvantage investors, while complementing the regulators’ limited enforcement resources. The “rigged markets” paradigm is not particularly helpful, but recent enforcement actions suggest that there is a range of rogue players, corrupt practices, and disclosure deficiencies that have yet to be thoroughly addressed. One obvious area of potential liability is represented by maker-taker and payment for order flow practices of retail brokerage firms, and one current case, Klein v. TD Ameritrade, is significant in terms of the court’s future assessment of the viability and accuracy of the plaintiffs’ allegations. These allegations rely on a consistent theory of harm from the standpoint of the duty of best execution, which leverages one of the better-known empirical studies, while making additional claims about orders marked as “retail” when routed to securities exchanges that use “retail attribution programs.”[6] Moreover, wholesalers, i.e., off-exchange market makers, may be exposed based on their agency functions that may translate to the duty of best execution, such as the one owed by front-end brokers. Likewise, rogue players in the HFT space might be held liable for a range of activities amounting to securities fraud, whether for activities classified as market manipulation or for deliberate violations of the multitude of trading rules.

While the Flash Boys Lawsuit’s dismissal surely looks like a setback for private litigants in the market structure space, it is only the end of the beginning. Some private lawsuits in this space will result in ever increasing awards or settlements, reputational damage, and career-ending outcomes for some executives. Moreover, even unsuccessful lawsuits may end up being a vehicle of market reform in terms of regulatory scrutiny and commercial pressure. Overall, for a lawsuit to be successful, it is critical to frame the underlying harm, fit it within the existing doctrinal boundaries of securities law, and quantify its magnitude with a practical model for assessing damages. Accordingly, it would be prudent to reinforce even early-stage filings—just to keep such claims alive—with proprietary models that replicate the processes through which defendants monetize wrongful practices.

In our assessment, successful lawsuits are likely to focus on deficient disclosure rather than the essence of “unfair” practices, with the latter being more appropriate for market reform rather than liability. Despite the complexity of disclosure relating to the modern electronic marketplace and the persistent problem of having to demonstrate investor reliance, it is hard to deny the materiality, that is, profitability, of a range of practices attributed to deficient disclosure. The corresponding harm to investors is quite tangible when one examines the details of asymmetries currently operational in the modern electronic marketplace. Shining some sunlight on practices that harm investors, as exemplified by the wave of order type-related disclosures and filings mandated by the regulators in 2014, is still a reliable disinfectant, as well as a restraint on profits. Moreover, lawsuits brought by a target’s shareholders rather than market participants in general may be in a more advantageous position of demonstrating harm. For the former, such harm could be proxied by market reaction to corrective disclosures, while the latter are burdened with the more difficult task of demonstrating the mechanics of the abuse in question and quantifying their own economic exposure.

The dismissal of the City of Providence v. BATS class action lawsuit serves as a landmark in the market structure conundrum.

Finally, one has to be mindful of the continuing pileup of enforcement actions in the market structure space, as well as pros and cons of “front-running” the regulators. Not uncommonly, successful private lawsuits piggyback on enforcement actions, and the regulators’ activity in this space is an enormous litigation risk by itself.[7] On the other hand, that factor failed to work either way in the Flash Boys Lawsuit. More specifically, the court dismissed the claims against Barclays largely based on the lawsuit brought by the New York Attorney General.[8] Likewise, the SEC’s enforcement action against Direct Edge,[9] though it came too late to be referenced in the final version of the complaint, would not have provided sufficient firepower to pass the high hurdle of regulatory immunity in connection with order type-related practices.

This material is adopted from a recent book authored by Haim Bodek and Stanislav Dolgopolov, The Market Structure Crisis: Electronic Stock Markets, High Frequency Trading, and Dark Pools, which is available on Amazon.

[7] As an illustration, the recent market structure-related settlement between the SEC and Latour Trading, which addressed, among other things, improper use of post-only intermarket sweep orders, contained the provision that the respondent would not be allowed to offset the civil penalty in any related private lawsuit. See Latour Trading LLC, Exchange Act Release No. 76,029, at 16-17 (Sept. 30, 2015), http://www.sec.gov/litigation/admin/2015/34-76029.pdf.