Intercontinental Exchange (NYSE: ICE), the global network of exchanges and clearinghouses, today reported its operating volumes for the month ending August 2015, according to a just released ICE statement.

Financials ADV declined 4% from the previous August, which the group explained was primarily due to low European short-term interest rates, partially offset by a 29% year-over-year increase in equity index futures due to market volatility. 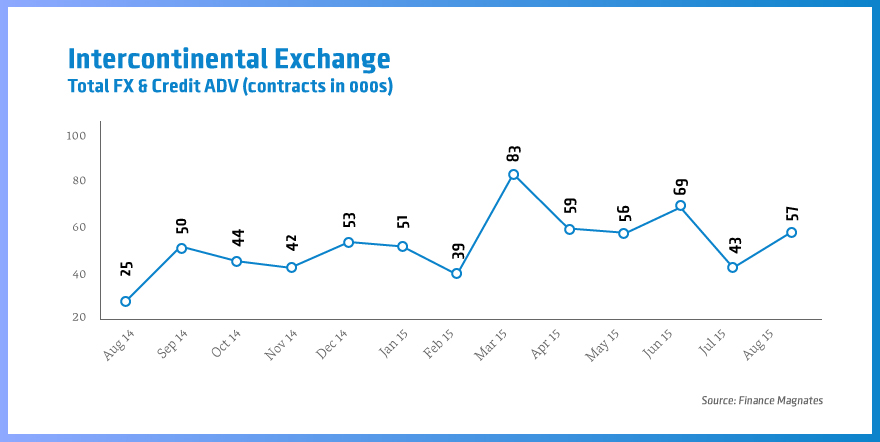