Hotspot, KCG’s FX ECN, had a third consecutive month of trading volume declines in December 2014. According to daily trading volume reports by KCG Hotspot, the average daily volume (ADV) traded on the marketplace reached only $27.7 billion, with the total figure for the month amounting to about $610 billion. 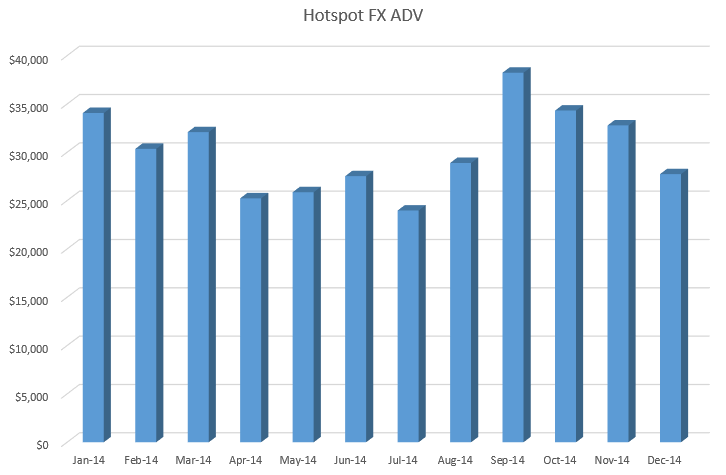 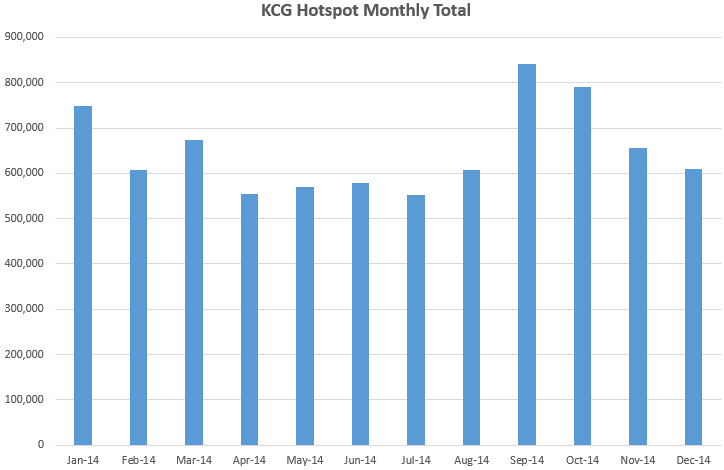 This monthly decline can be attributed to the quiet end of the year and holidays period, but December also marks the first month of ADV below $30 billion during the quarter of Q4 2014. After its latest quarterly report, KCG Holdings announced its intentions to sell the unit at a rumored asking price of $300 million.

Share this article
Tags: december
Got a news tip? Let Us Know