Part 1 of this article was written by Jock Percy, CEO of Perseus.

On the heels of a delay in the MiFID II implementation date, firms would be wise to consider the additional benefits that time stamping can provide and act sooner rather than later on this directive.

The London Summit is coming, get involved!

I’m sure you’ve heard the buzz about new MiFID II regulations in Europe, and the recent announcement delaying implementation until 2018. I’m also sure this is not the first you’re hearing of the MiFID II time synchronization rules that will require all EU trading venues, their members and participants to record accurate timestamps for any and all ‘reportable events’.

Furthermore, the clocks used must be synchronized to UTC within 100 microseconds (each microsecond is one-millionth of a second), 1 millisecond, or 1 second depending on the type of trading involved. But what does this mean? What is so complicated that the EU has decided to give us an extra full year, and maybe even more?

Let’s start from the beginning. Universal Time Coordinate, UTC, is the common time standard around the world. As the basis for today’s civil, 24-hour time standard, UTC is measured using very precise atomic clocks taking into account the Earth’s rotation. The name UTC was formally accepted in 1960 and officially replaced Greenwich Mean Time (GMT) in 1974 as the sole, global standard.

What is a Reportable Event?

The next logical question then, what is a “reportable event” under MiFID II? Depending on the final technical standards, it could include all of the multiple components in a trading system.

In achieving ESMA’s goal of increased market transparency, timestamps will be used to help regulators understand when and what decisions are made throughout the order process. So, it stands to reason that anywhere in the system where a “trading decision” is made, a timestamp will need to be recorded.At the trading terminal, it would be safe to assume that timestamps related to any trading instructions or orders submitted from the terminal will need to be recorded.

As we get into the automated or algorithmic component of a strategy or system, you must consider the most stringent microsecond timestamping and synchronization requirements. The algo engines will be programmed to automatically place trades based on a predefined set of instructions or triggers.

In this case, accurate time stamps will need to be recorded both when any instructions are received from the terminal, when the specific signal that triggers an order is received by the system, as well as exactly when the order is sent.

A pre-trade risk server also poses an opportunity for time stamping requirements. As the server analyzes the riskiness of the trade, and whether the trade has sufficient credit and position limits to execute the trade, auditors will want an accurate record of when the risk server receives the trade and when it is ‘approved’ or cancelled.

Another part of the MiFID II regulation requires that broker firms take “all sufficient steps” to achieve best execution for their clients. This includes analysis of price, costs, speed, likelihood of execution and settlement, order size, etc. Many firms satisfy these requirements through the introduction of a smart order router in their system and based on the factors above, the smart order router will determine the optimal order size and exchange(s) for the trade.

Finally, timestamps should record the time the exchange gateway receives the order and the exact times that each ‘chunk’ of the order is sent to an exchange. Employing time synchronization at the network level enables firms to ensure a complete and accurate view of the market, or at least the exchanges and liquidity venues to which it is connected, and in turn prove that best execution was achieved.

As you can see, even just within a firm’s own trading system there are a lot of moving pieces. Add to that the fact that most large trading firms have these systems set up in multiple data centers and send orders to dozens of different exchanges around the world and you can see why it is critical to have a singular, synchronized source of time across your entire trading infrastructure.

Now going back to the recently delayed, 2018 implementation date. The task may seem daunting, but just because you now have extra time does not mean you should push this to the back burner. While compliance may feel like the number one driver right now, implementing accurate timestamping can provide your business with much greater performance visibility, enable better analysis and ultimately help you to improve efficiency. Let’s take a look at two examples:

Have you ever experienced slippage in your trading activities? Slippage can result from market volatility or a lack of liquidity, but often is the result of the latency of a trading system. Understanding where the slippage occurred, and how you can improve your strategy for the future requires very detailed and retroactive transaction cost analysis made possible only with accurate time stamping.

Were you looking at the right market signals? Did you send your order to the right exchange(s) for best execution? Does your network employ the fastest fiber routes? Without the ability to retrace an order’s entire chain of events, from ideation to execution, you will not be able to identify or calculate the best possible outcome and improve your execution on future trades.

Similarly, many traders preach the importance of backtesting a trading strategy before implementing it in the markets. While trying to test your strategy on future, and therefore unpredictable data, can take years and tons of manpower, back testing enables a trader to quickly simulate his or her strategy based on historical market data.

Accurate and synchronized market data is required to effectively reconstruct the trades that would have occurred using the rules defined by the strategy in question. The more granular and accurate the timestamps on the data, the more effective the backtesting will be. This is a critical component in building a successful trading system and its accuracy can make or break a strategy’s profitability.

Food for thought – while the word “compliance” is typically met with a collective sigh across financial services organizations, perhaps we should reconsider this historically negative, and costly, connotation. Firms would be wise to act sooner rather than later on timestamping, benefiting almost immediately from the opportunity such insights will offer 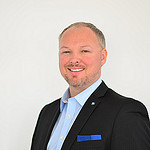