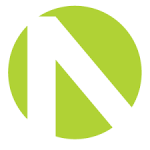 OANDA was one of the later major brokers to open up its platform to third-party developers. Having a large engineering and development staff, until 2013 OANDA had focused on creating products internally for the most part. In regards to marketing, OANDA had also shunned the use of affiliate programs until recently.

The internal-development focus can be considered as having officially ended in the beginning of 2014, when the broker launched a partner development. This was followed up with the launch of the OANDA REST API in June 2014. According to the broker in previous conversations with Forex Magnates, the initial seeds, though, were sown in 2013 when OANDA launched a browser extension-based version of their trading platform, which caused them to create more “developer friendly” infrastructure for the platform.

Receiving demand from both traders using the API, integrating their apps to their trading accounts, as well as from third party developers, OANDA has announced an update to its API Developer Portal. Being added are a fully functional sample trading app, additional code samples, new APIs for the broker’s proprietary fxLabs tools, an OANDA-MetaTrader 4 (MT4) API, and several new partner integrations. According to OANDA, since the initiation of the REST API in June 2014, API-specific volumes have increased by 40%. They added that via OANDA’s partner program, trading volumes from these custom API integrations have quadrupled month-over-month to-date.

Barbara Bermes, product manager of OANDA API, commented about their overall API achievements and integration with third-party developers. She stated, “2014 was a landmark year for the OANDA API. Our clients are pleased and have given us important feedback, including individual traders adding their own wrappers and code to GitHub. It’s our clients and partners that are building this thriving community. Working with industry-leading partners, we’ve also made available integrations with Autochartist, MotiveWave, MultiCharts, Cloud9Trader and MT4. All of this work catapults our API offering ahead of the competition; we couldn’t be more pleased with the results to date. With enthusiastic clients and partners, we will continue to grow our APIs and the API suite at a strong pace.”