The global regulatory crackdown on the foreign exchange industry continues with news from Turkey. The Capital Markets Board of Turkey made an official announcement today that in 45 days the maximum leverage on forex trading accounts will be cut to 1:10.

Moreover the size of the minimum deposit amount when opening a foreign exchange trading account will be increased. The official stance on this matter is that clients that cannot deposit at least TRY 50,000 (about $13,500) should not be trading on the forex market.

Commenting to Finance Magnates, Attorney at Law & Managing Partner of Abbak Attorneys at Law Istanbul, Akın Abbak, said: “There has been no discussion or a hint on decreasing the leverage that much in the Turkish FX market. This is a very important decision, I think, this must have been discussed with market participants.”

“Almost 6500 people are working at Turkish brokerage houses,” he explains. 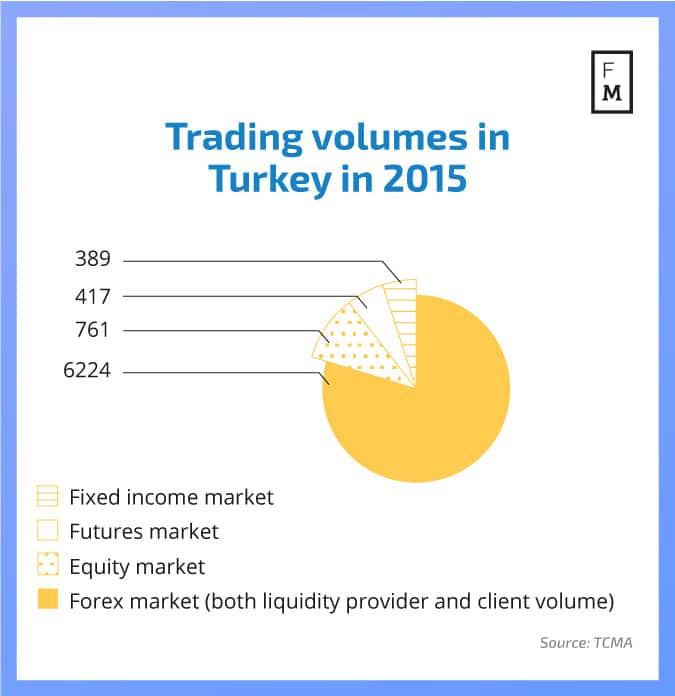 The action of Turkish authorities on the matter is another example of how tightly controlled the business environment is becoming in Turkey.

Mr Abbak expects a sharp decrease in trading volumes as most of the traders will not be interested in the product if they have no access to higher leverage. With the majority of clients using levels closer to 1:100, brokerage houses can expect a material decline in trading.

The restrictions will apply to active accounts within 45 days, which are provided for the brokerages to take the adequate measures to enforce the change. New accounts however will only be allowed to be opened if the client adheres to the new minimum deposit rate of TRY 50,000 and uses no more than 1:10 leverage.

The draconian changes in Turkey are likely to have substantial unintended consequences for traders in the country. The Capital Markets Board of Turkey’s announcement is irresponsible not only because the regulator did not consult the industry on the matter, but also because the announcement will encourage Turkish citizens to switch to offshore brokerages that won’t protect their best interests.

“Traders in Turkey may easily access foreign FX brokers with their options including trading with up to 1:400 leverage. The CMB, which is supposed to control and protect all market participants, including brokers, service providers and traders, should aim to keep the trade in Turkey and exercise control internally,” Mr Abbak says.

The measures may end up effectively decreasing client protection in Turkey, as traders move their trades to foreign companies.

Mr Abbak elaborated: “The CMB might have paid attention to the win/loss ratios when taking this step. The losing rate in Turkey is 70-80%, however if they compare this to losses in equities, option / future contracts, bonds and such it wouldn’t be much different. I think that the main reason to single out FX in Turkey is because there has been an outcry against the product.”

The prospects for the plans of Istanbul to become a financial hub in the Middle East and North Africa region are under question.

“This step taken by the CMB does not reflect the aim behind the Istanbul Finance Center Project. If the regulatory body would like to protect those who need it, they should focus on financial awareness and financial literacy. They may also take more controlling steps on brokers regarding advertisements and such, but the decrease of leverage to 1:10 is not a solution,” Abbak elaborated.

Surely you just open an account elsewhere…..those wanting more leverage will always find it, which is why the FCA should leave London as it is…..

If turkey is a member of EU, can’t clients just choose another broker easily and still be in EU?

This means that we will win more and the turkish lira will lose more value thank you :))

Turkish brokers are trying to fight the decision through the broker house association. Established a website for employees and clients to comment: http://www.forextebliginigericek.org/
Turkish residence, join the fight!

Anyone can offer me their broker? Thank you

When will it start?