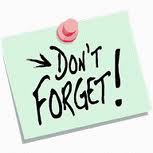 The UK’s financial regulatory authority has issued a statement reminding member firms to update their disclosure which states who their regulator is. The new authority over took the Financial Services Authority on April the 1st 2013 after the government’s decision to re-assess the financial and banking regulatory process post credit crisis (2008).

The Financial Conduct Authority has given firms a transition period of six months. During this time period firms are expected to address all marketing and company documentation to ensure that they correctly state the FCA. On the regulators website, the FCAs statement of 1st of May explains, “Following the creation of the FCA and PRA and the renaming of the public Register, we expect firms to review their documents and other disclosures as a priority, to ensure they are up-to-date and accurate, so as not to confuse or mislead consumers.”

The FCA feels it has to remind firms as there are specific European Laws that need to be addressed without delay, these include; the Payment Services Regulations 2009 and in the FCA’s Handbook certain provisions in COBS 5, COBS 6, COBS 9 and COBS 13.

London being a financial epicentre means that the FCA is constantly under the radar. As the UK’s capital, London, is recognised as the worlds financial capital, in the FX space London is home to around 37% (BIS Survey 2010) of the worlds FX trading. Positioned in between time-zones the UK attracts traders from across the globe. VP of trading Joe Bond from Abshire-Smith a UK based financial services broker says,  “London is an internationally recognised global leader in financial regulation, and the development of the FCA should ensure this capitals position remains.”

After the 2008 credit crisis the US regulator made drastic changes to the way margin products were offered, reduction to the leverage offered by firms was the most significant change. As a result, the larger US firms such as Gain Capital, Oanda, FXCM and CMS FX diverted their operations to the UK under the FSA thus highlighting London’s position as an attractive first class jurisdiction for foreign firms to invest and operate under. The London  stamp had the stamp effect in other regions, Japanese and Indonesian brokers were seen setting shop in London.

Richard Sinton-Hewitt, Head of Trading at Alpha Capital markets adds, “‘The significant power the FCA has been grated over the FSA is continuing to improve the regulatory environment in the UK, giving foreign investors the confidence to put their money back into the City.”

The FCA takes over the FSA with similar aims and objectives, the regulators key functions are to;

In addition, the FCA is also obliged to discharge its general functions in a way that promotes competition. London’s status as the FX hub has meant that the whole eco-system that drives growth and innovation in the sector is present, from brokers to liquidity providers to platform vendors and compliance consultants. If the FCA can continue the London legacy then more development both from number of participants to sophistication of products will be prevalent under the London brand. Kevin Millien CEO of Boston Prime FX a UK regulated prime of prime concludes,”The FCA is clearly taking a very active role in shaping the evolving regulatory landscape in the FX market. I believe that their progressive and pragmatic approach will not only lead to an increased safety and security for traders who are doing business with FCA-regulated firms, but it will also distinguish these firms – who choose to do business under a well-defined regulatory framework with significant oversight – from firms who operate with little or no regulatory scrutiny.”

UK firm who is yet to amend its website