Within the online trading industry, opinions often vary as to whether binary options can be considered a financial markets instrument, or whether it falls into the category of online gaming.

It certainly appears that it is evolving as an entire concept from its origins as a gaming product, nowadays being offered as an alternative to standard forex trading by many retail brokers, and also attracting the attention of financial regulatory authorities around the world which have recently begun defining the parameters by which binary options should be regulated on the financial markets. 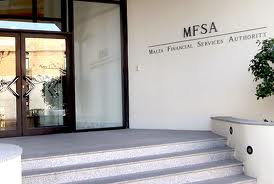 The first body to define a regulatory procedure for binary options was Cypriot regulator CySEC, spurring the establishment of a host of Cyprus-based binary options brands. The Japanese Financial Services Authority is now in the process of setting the rules for regulation of binary options in Japan, the world’s largest market for the product.

These two regulators are to be joined in the near future by The Maltese Financial Services Authority (MFSA), which has confirmed that it is currently in the process of forging an arrangement with the Lotteries and Gaming Authority (LGA) in order that binary options would be regulated by the MFSA rather than by the LGA.

The current crop of companies which fall under the jursdiction of the LGA will be subject to this change in ruling and will have to realign themselves by applying to the MFSA. One such example of this is OneTwoTrade.

The relevant announcement will be made as soon as this arrangement is finalized and the provisions of the Investment Services Act (ISA) come into effect, and every company licensed by the MFSA has to create a physical presence and corporate structure in Malta to the satisfaction to the Regulator.

All companies which submit an application or which are currently licensed by the LGA will have to go through the normal license application procedure and an extensive due diligence process which also includes the senior officials of the company.

The application process itself is summarized in three phases, and is identical to the MFSA’s ruling on application for regulation for other financial services providers under MFSA’s jurisdiction. These are preparatory stage, followed by a pre-licensing stage, and finally the post-licensing and commencement of business stage. The licensing process takes between six to twelve weeks depending on the completeness of the documentation and efficiency of the applicant.

The applicable regulatory requirements will be those under MiFID. These requirements are described in the Investment Services Rules and Regulations. Every company licensed in Malta is subject to on-site and off-site compliance.

It is proposed that binary options brokers will fall under the Investment Services Category 3 license, and that all brokers will be subject to a minimum capital requirement of €730,000.

Does this move signal the beginning of a new era for binary options in which it will begin to rise to the challenge of being a fully-fledged financial trading environment?