Since the Bitcoin bull market collapsed at the end of 2017, the retail CFD/FX industry did not see a similarity in size attention from retail traders, especially new traders just brought to play, which helped brokers increase their revenues. But, the markets never sleep, and brokers need to earn money. Finance Magnates Intelligence takes a look at which trading instruments grabbed most of the traders’ attention in recent years and what clients want to trade.

What was even more interesting was the financial result of brokers who introduced cryptocurrencies, just to name one, Plus500. In the company report for 2017, it can be read that only in Q4 of 2017 the number of active customers was 212% higher than in Q4 of 2016. At the same time, the growth of new customers was even bigger at 571% over Q4 of 2016. This result is especially important since in the last quarter of 2017 bitcoin broke all records, registering its highest value ever. This result shows how many customers can be attracted to the market when a new trading instrument is becoming popular.

At the end of 2017, the bitcoin bull market collapsed. The price started to deteriorate quite suddenly, coming down from more than $17,000 to below $4,000 at the end of 2018. That was a painful year for the crypto industry but also for FX/CFD industry.

In 2018 things were not easy for the trading industry. Simon Denham, Chief Risk Officer at TigerWit, recalls: “It is fair to say that there had been a general trailing off of retail interest in the crypto world post the 2017 spike and volumes remained very unpredictable throughout 2018/19 with numbers rising and falling almost randomly. The major problem is that, for new clients, cryptos are just not ‘in the news’. Whilst we might hear about spikes/splits/mining costs etc in the specialist/financial websites, the average client is just not as exposed to events in the Bitcoin world as they were when the mass media spotlight was trained firmly on the rising values.” 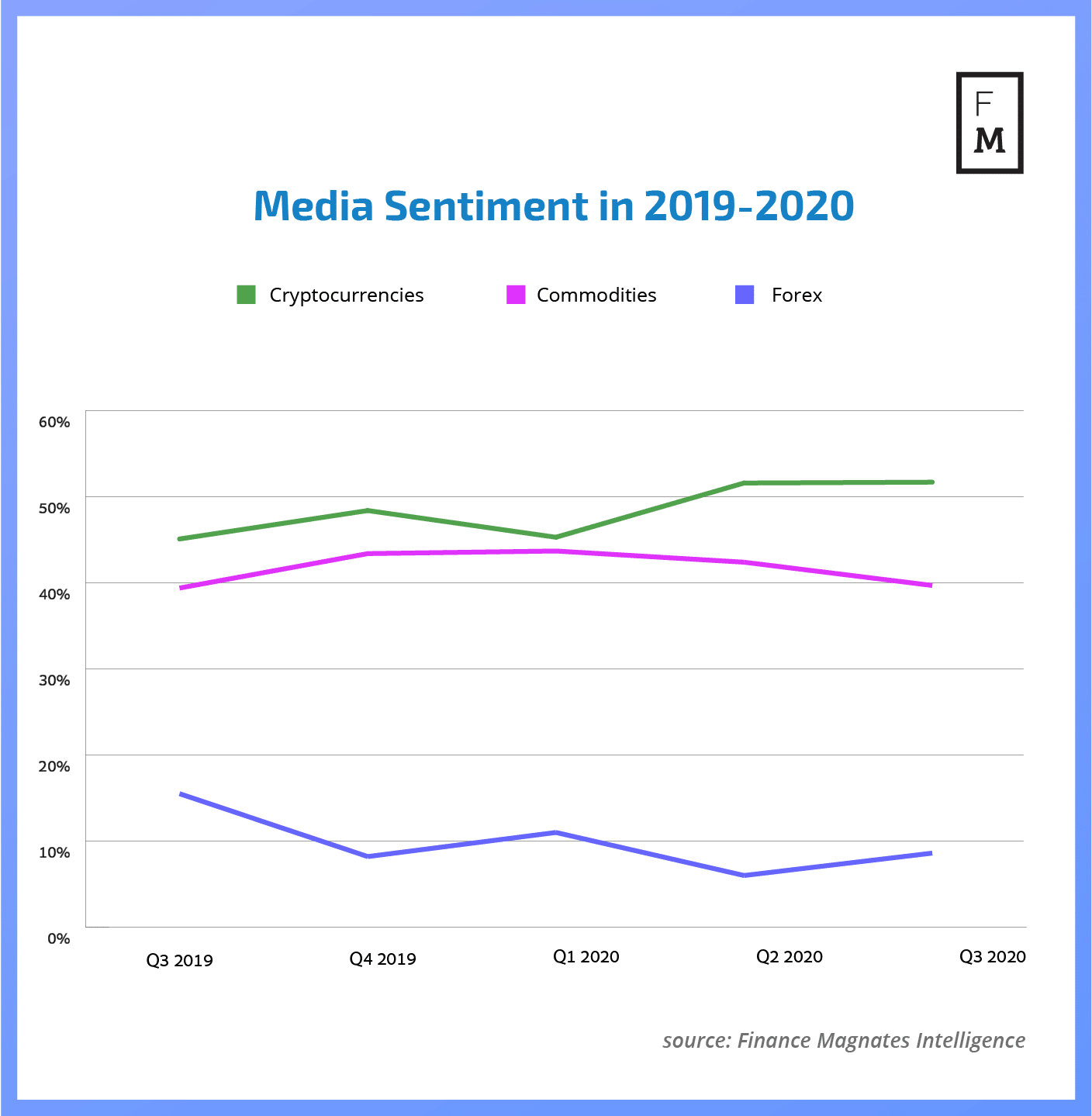 Other Markets – What Clients Want To Trade?

In 2019, the situation in the industry was clear again. Finance Magnates investigated the trading instruments that were the most popular after a bitcoin collapse and after a regulatory turmoil. For this purpose, we used two tools. The first of these was the Media Sentiment Index created by Finance Magnates and the second one was the information provided by two British CFD brokers, IG and CMC Markets.

To get the full article and the bigger-picture on what your clients want to trade, get our latest Quarterly Intelligence Report.