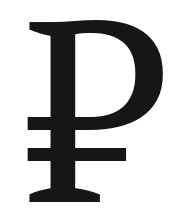 With the foreign exchange market remaining unfazed by the election results from Greece over the weekend, there is a new trigger of prospective volatility. Today, the Standard & Poor’s ratings agency announced that it has cut Russia’s sovereign debt credit rating to below investment levels.

The junk rating reflects the views of the ratings agency that the country’s monetary policy can not adequately address domestic growth risks in the current environment. Russia’s weak growth prospects have been outlined in tandem with increasing risks to the country’s fiscal buffers.

According to Standard & Poor’s, those could deteriorate further as external factors and increasing government support on the economy weigh in.

The Russian currency has tanked 6% in today’s trading towards 67.60 for a US dollar.

Risks of extreme volatility in the Russian ruble pairs could prompt some brokerages to increase margin requirements in the coming days, although a number of companies have already introduced tighter leverage due to the risks associated with managing risks on the RUB crosses against the U.S dollar and the euro.

Standard & Poor’s so far remains the only major ratings agency to downgrade Russia’s credit rating to below investment levels.

Share this article
Tags: ruble / Russia
Got a news tip? Let Us Know

If only it was as simple as a helicopter… swaps, options, forwards!
The London Clearing House Limited