The obligations of retail foreign exchange dealers to their clients have increased by 4 per cent in February amid a one off adjustment to the client funds holdings at Canadian brokerage Wedbush securities. The company’s obligations to clients has increased by almost 8 times to over $40 million.

Looking at the state of the market overall this adjustment contributed to a broad gain of 4 per cent in the total figures for the industry, despite the fact that every single brokerage aside from FXCM has registered a decline in Retail Forex Obligations during the month.

In the run-up to the dissolution of the foreign exchange business of IBFX and its sale to OANDA, the firm registered a decline of 12 per cent in February. Other notable laggards were GAIN Capital and Interactive Brokers which both registered about 5 per cent declines.

FXCM has remained solid and has increased its lead in market share numbers to 9 points. The company now holds 34 per cent of the retail forex trading funds in the U.S. with GAIN Capital following in second spot with 25 per cent, while OANDA remained in 3rd spot with 18 per cent. The figures are likely to increase in the coming months as the adjustments related to the exit of IBFX from the market kick in. 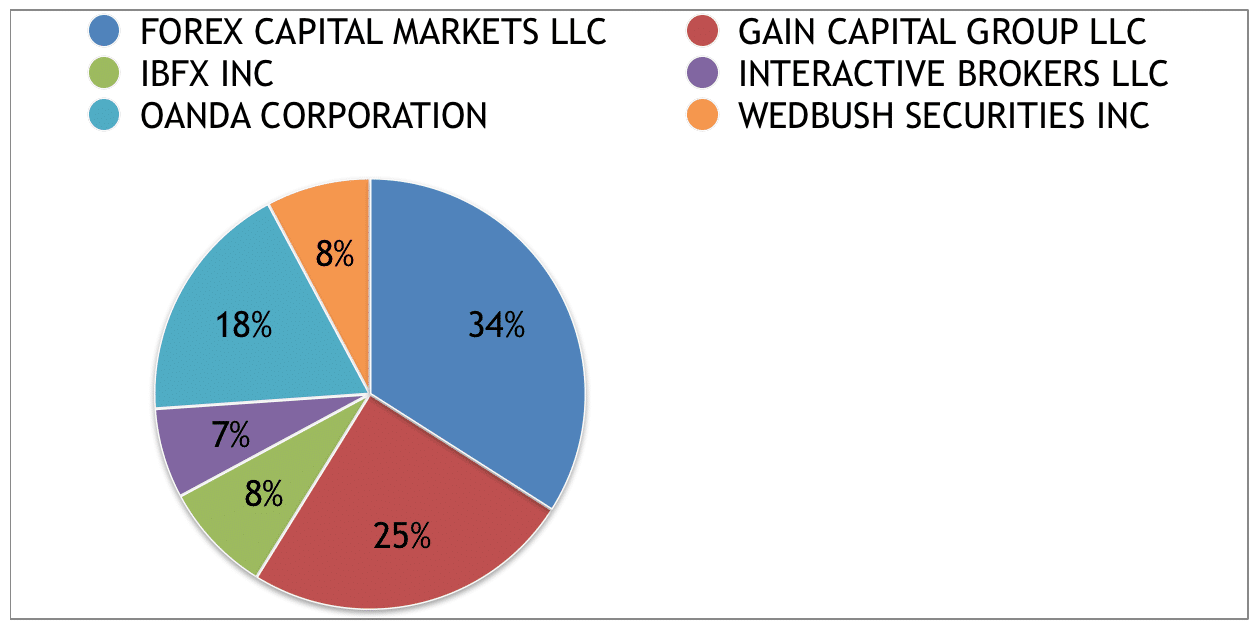 OANDA and GAIN Capital are likely to heavily compete in the coming quarter contingent on the ability of OANDA to retain clients who would have to migrate from TradeStation – arguably the biggest perk of being an IBFX trader. OANDA is expected to bring to the market a completely revamped trading platform solution in the second quarter of 2016, which could also stir things up.