Despite the sharp increase in trading activity and trading volumes in November, retail forex deposits remained flat in the US. The election of Donald Trump that triggered a sharp spike in FX volatility is yet to materially change the fortunes of retail brokerages.

The effects of the Dodd-Frank Act continue to hamper an industry which was once very vibrant in the US. The total amount of retail forex obligations has reached

$523 million during the month of November. The figure marks a tiny increase of about $3.3 million amounting to a monthly rise of 0.65 percent.

TD Ameritrade was the notable exception on the positive side with funds at the brokerage increasing by just over 5 percent. 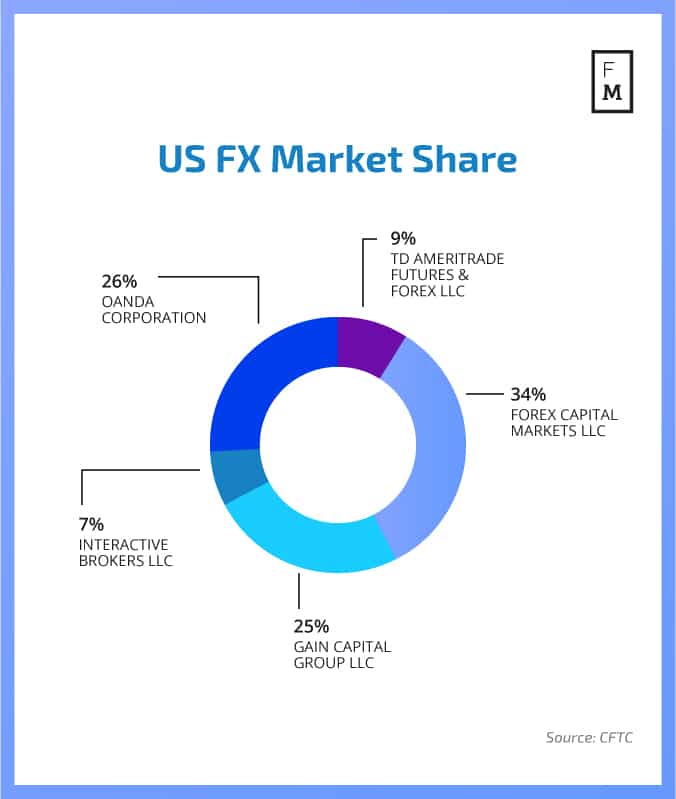 Looking at the market share of different brokers, the distribution has remained broadly unchanged. FXCM retained first spot with 34 percent of the market. OANDA and GAIN Capital have remained clinched for second spot. The former is narrowly ahead in this competition with 26 percent of the market, which translates to about $6 million.

TD Ameritrade has increased its market share to 9 percent, which puts the company further ahead of Interactive Brokers with 7 percent.

The final data for 2016 is to be published next month, however no major surprises are expected. This year could bring a major shift in the general direction of the retail forex industry in the US. With Donald Trump promising to change certain aspects for the industry, big banks are the most likely benefactors. Will this translate into better conditions for the retail forex industry? We should know soon enough.