The foreign exchange trading industry has increased its size in July after marking a decline in June. As Finance Magnates reported last month, the size of the industry has decreased about 2 percent according to Futures Commissions Merchants (FCMs) data published by the U.S. Commodity Futures Trading Commission (CFTC).

The chief U.S. brokerage regulator has been collecting data about the amounts of deposits held by clients of foreign exchange trading services on a monthly basis. The latest batch of data shows that the industry managed to claw back some of its losses which were marked at the beginning of summer.

The total amount of retail forex obligations for U.S. companies has increased by 1 percent during the month of July to $510.5 million.

The bulk of the increase comes from smaller brokerages on the market such as Interactive Brokers (a rise of 8.5 percent), which has recently announced that it is pulling out from the U.S. and TD Ameritrade (marking a 5 percent increase). 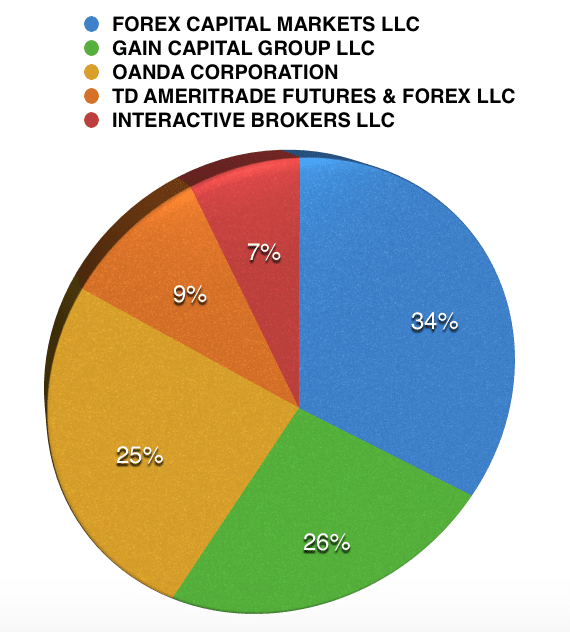 The funds at the big three on the U.S. market – FXCM, GAIN Capital and OANDA – have remained broadly unchanged with FXCM losing 0.6 percent, while GAIN Capital gained the same amount. Overall, the differences are insignificant with the most curious reports in the coming months being focused on the choices of the former clients of Interactive Brokers in the aftermath of its U.S. forex trading business shutdown.

Who is getting IB book of business?

Hi Jon – the short answer to your question is: nobody. The long one is that Interactive Brokers will probably try to pursue its forex clients to use futures trading in order to play the foreign exchange market. To some US traders that simply won’t work and they will have to make a choice on whether to join another brokerage for forex trading or quit it altogether.